Take back the night is going ahead in Quesnel this week, but like many things, it is going to be a little bit different this year due to Covid.

Robin Weselowski is one of the organizers… 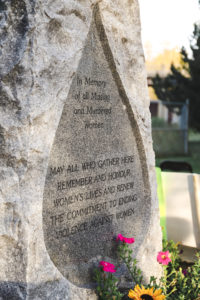 “We’re holding our event Friday night, September 18th, and it is going to look quite a bit different this year because we have decided that we are going to do a car parade through town instead of our traditional march.”

Weselowski says they will be meeting at the Maple Park Mall at 5-30 on Friday night and then the parade is expected to start at around 6.

One thing they won’t be doing is the traditional gathering at the women’s monument due to the need for social distancing.