Fire at apartment building in Quesnel leads to evacuation of tenants 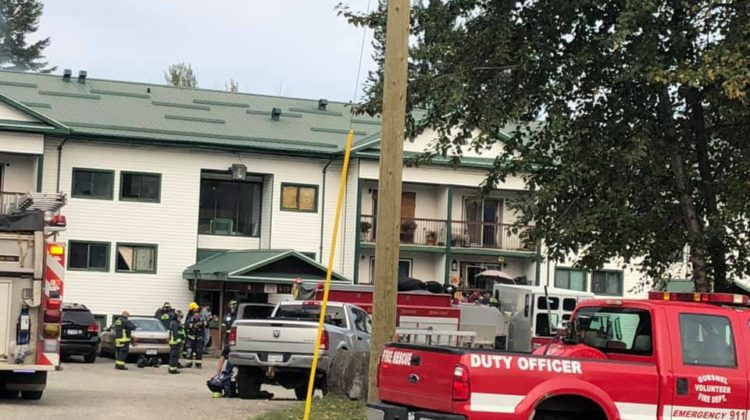 The Quesnel Volunteer Fire Department was called to one of the apartments on Doherty Drive in West Quesnel over the weekend.

“Upon arrival smoke was seen coming out of the first floor apartment and the attic, so a second group page was initiated and we had a total of 20 fire fighters, and three fire engine responded.”

Gauthier says they quickly knocked the initial fire down in one of the units on the ground floor, but then noticed that it had spread…

Gauthier says no one was hurt…

“The call was made through the 9-1-1 system. And all occupants of the building were evacuated at the time, and they’ve all been given ESS, Emergency Social Services assistance.   They’re all staying in hotels for the next few nights.”

Gauthier says at this point they believe that they will be allowed to return home on Tuesday.

He says he believes that around 40 people were impacted.

The exact cause of the fire remains under investigation.