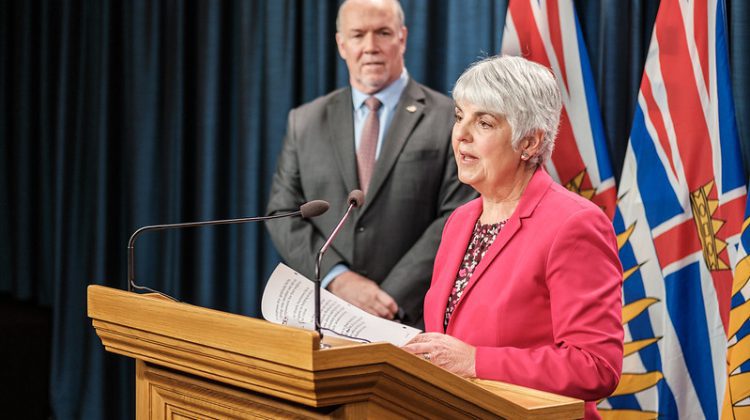 2020’s impact on provincial revenues and unprecedented government spending on supports has led to a revised provincial deficit forecast of $12.8 billion for the 2020-21 fiscal year.

Despite the adversities presented by the pandemic, BC’s Finance Minister Carole James claims, “the deficit is on track with the Provinces July fiscal and economic scenario.”

“Since the Province’s July fiscal and economic scenario, we have seen stronger than expected consumer spending, housing activity and employment gains,” added James, “they are offset by increased prudence to help B.C. weather the long road ahead.”

Some of the ‘unprecedented’ investments that have attributed to the province’s current economic state include tax cuts and deferrals, credit increases, rent supplements and income assistance boosts.

James also touched on how difficult the pandemic has been on youth and women unemployment rates, as the sectors they commonly work in such as the service industry have been hit the hardest.

41,000 youth became unemployed between February to April and the unemployment rate for women skyrocketed from 4.8% to 9.1% during this time as well.

She noted that construction and specialty trades remain as one of the most resilient industries to be in currently, both of which provide jobs primarily occupied by men.

“The first quarterly report did confirm revenue declines in taxation, natural resources and other sources that were anticipated in July,” noted James

“However, overall impacts on revenues and expenses are lower, with a $5.7-billion decline from the 2020 budget, compared to a $6.3-billion decline shown in the July scenario.”

She then compared BC’s deficit to Alberta’s projected $24-billion deficit and noted that Canada, the U.S and Eurozone also saw the largest economic decline ever recorded.

James included, “as part of the COVID-19 Action Plan, $1.5 billion has been earmarked for economic recovery measures to be announced in September.”

“BC is well-positioned to move into an economic recovery,” reassured James.