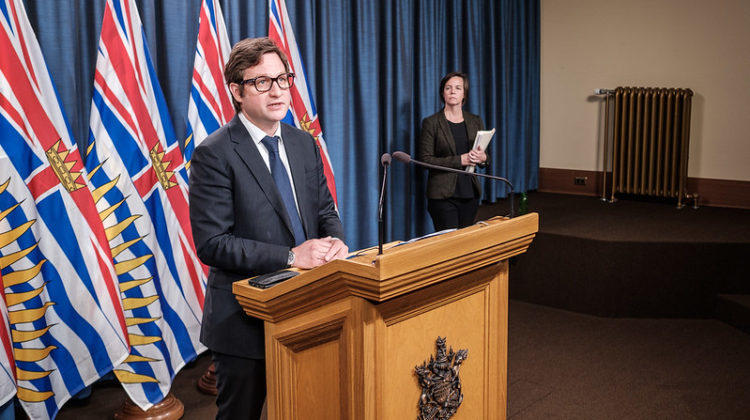 BC Education Minister Rob Fleming announced the start of the new academic year in BC will be delayed.

On Tuesday, he mentioned work is still being done behind the scenes to determine when kids can safely return to class.

Fleming noted staff within each community including School District 57 will need additional time to prepare.

“Really, the idea is to get staff back together, whether it’s support staff, teachers, administrators, to finalize how the school operations are going to work,” Fleming said.

“Starting up school in a pandemic year requires some additional scheduling and logistical concerns in operations, so really the idea is to get staff back together — whether it’s support staff, teachers and administrators — to finalize how the school operations will work, a thorough review of the B.C. Centre for Disease Control guidelines and then to accept students back later in the first week of school.”

“Those discussions are ongoing and we want to respect the advice that we’re getting from organizations like the BC Teacher’s Federation, CUPE BC, superintendents association and principals, and vice-principals among others, so that is something that is under discussion right now with the steering committee we have.”

Fleming noted there is no indication of how long the delay will last and that a new return date for students has not been selected.

Last month, the province announced its return-to-school plan last month calling for the majority of students to be back in the classroom by September 8th.

In addition, Fleming mentioned before and after school care will be made available and that a mask-wearing policy is being considered.