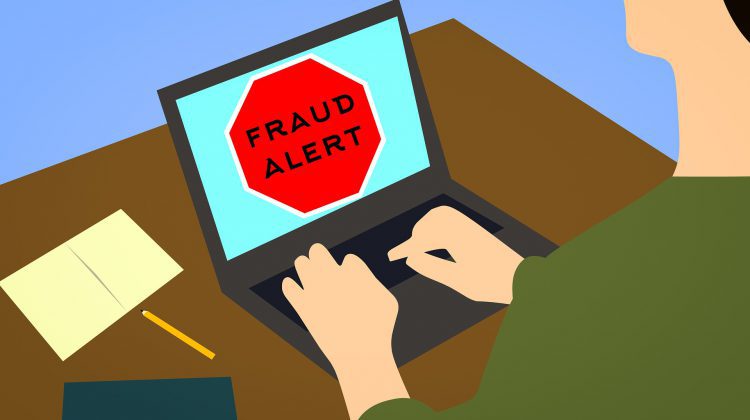 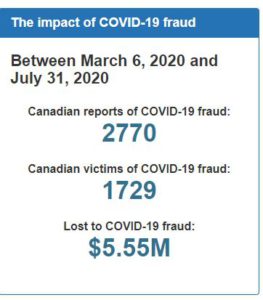 According to the Canadian Anti-Fraud Centre, the agency has received 23,655 reports tied to telephone solicitations during the first seven months of this year.

To make matters worse, over 1700 people across the country have fallen victim to fraud involving COVID-19 between March and July of this year.

“So it’s that cohesive language that can scare people into reacting to the demands of the requests the fraudsters are making. That’s where we want people to slow down and think about stuff, no government agency is going to call or give you an automated message saying you need to speak with someone right away.”

“The request for cash whether it’s through Bitcoin or virtual currency ATMs or going out to buy gift cards is not something that happens with government agencies so it’s about getting someone to react to those messages.”

He added caller ID can often lull people into a false sense of security.

“It’s not the be-all and end-all. Again, it’s the convenience and is not something you should authenticate calls with, fraudsters use it to add some legitimacy to the call.”

“We always get the Canada Revenue Agency and all the government agencies, we get a lot of those things as they are still out and about. The bottom line is if it doesn’t seem right before you open your chequebook or give them your credit card information make sure you do some research.”

“They basically say that you owe money and if you don’t pay then there will be some consequences of some sort. I myself, personally get three or four of those calls myself a week and the numbers are always different, they basically have a phone number scrambler and it’s not really the number it’s coming from and is outside of the country.”

“People that do these things are very good at what they do and always come up with innovative ideas.

Overall, 13-thousand Canadians have been victims of fraud in 2020, losing 51-million dollars.

Romance, Extortion and Investments are the three most commonly reported scams in BC.

About 18-hundred people have been victimized in our province this year losing 5.3-million dollars.