UPDATE – Masks to be mandatory on public transit later this month 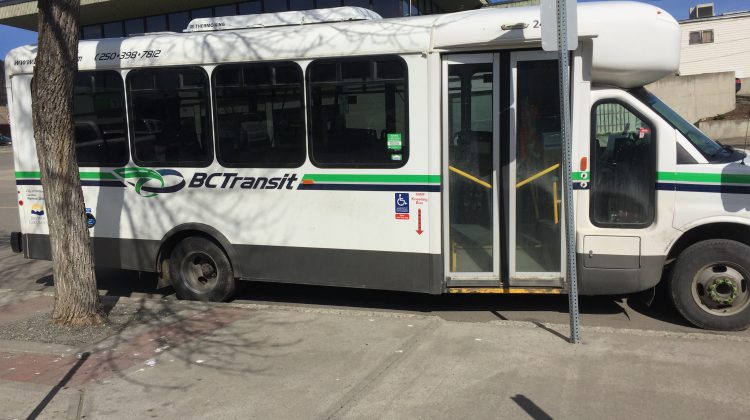 B.C. Transit, along with other transportation agencies across the province, will be implementing a mandatory facemask covering policy in communities starting August 24.

The mandatory step comes after the crown cooperation introduced the “Together We Ride” campaign two weeks ago, which puts a “strong focus on encouraging customers to wear face coverings on transit.” Due to the campaign, B.C. Transit has seen an increased use of face coverings on their transportation.

According to B.C. Transit customers have indicated making the use of face coverings mandatory will create a more comfortable environment.

While face coverings will be mandatory, the policy will be implemented as an educational step without enforcement.

Children under the age of five and those who can’t wear face coverings for health reasons will be provided accommodations.

Those who use the bus to get around might be forced to wear masks on public transit.

Earlier this week B.C.’s provincial health officer Dr. Bonnie Henry stated that she had been in contact with TransLink, a regional transportation network in Metro Vancouver, about making masks mandatory.

B.C. Transit, which is responsible for providing public transit in Williams Lake, Quesnel, and 100 Mile House, said in a statement that they welcome Henry’s comments in support of mandating face coverings for transit riders.

“B.C. Transit has been discussing with Dr. Henry’s office what a mandatory face-covering policy could look like for our transit system across the province, and we won’t pre-empt the outcome of those discussions.”

Due to the province-wide campaign, BC Transit has seen an increased use of face coverings on their transportation.