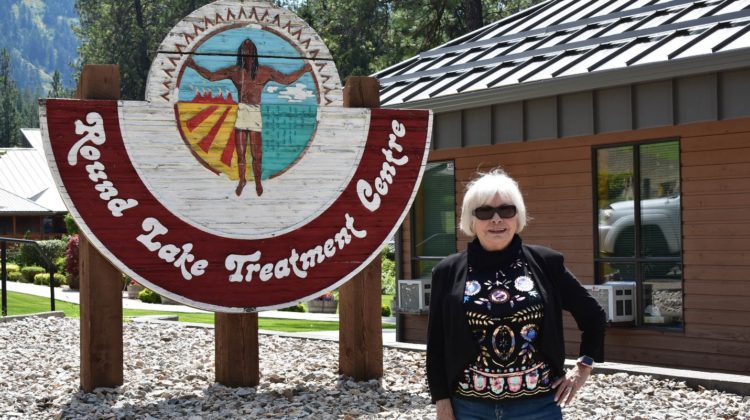 Ruth Williams, who was born in Big Bar Creek, received the award that recognizes those persons who have served with the greatest distinction and excelled in any field of endeavour benefiting the people of the Province or elsewhere.

Williams just turned 81 on B.C. day and said receiving the award is an absolute honour.

“I think it’s the cream of the crop,” she said, “We don’t do things just for the recognition, but I am to receive this recognition from the Order of B.C.”

In 1939, Williams was born to a single mother, along with six siblings. She never finished high school but later helped found the Round Lake Treatment Centre north of Vernon. As a court worker for 12 years, she had seen the challenges Indigenous people and their children faced. Many struggled with substance use. It’s estimated that 12,000 Indigenous people have come through the Round Lake doors over the last four decades.

She then became a founding member of the Kamloops Native Housing Society, which has 103 affordable and safe housing units in the city and 94 units within the Thompson, Okanagan and Kootenay regions.

Williams also founded the All Nations Trust Company (ANTCO) in the 1980s and held vice-chair, president and CEO for over 29 years until she retired in 2013. ANTCO has provided around 1,400 loans to Indigenous individuals, worth more than $56 million.

Her resume doesn’t end there. It includes advocacy work to increase the number of Indigenous graduates and students pursuing post-secondary education and developing a daycare centre designed to promote Indigenous programs and culture for all children.

She took her hardships and became a determined, visionary and selfless individual who stove to improve the lives of Indigenous peoples.

Williams said that she hopes that she can inspire other people.

“People will understand the barriers that we may have, and even if we haven’t come from wealth, if we haven’t had access to education, you can still accomplish a lot.”

Williams said that this award doesn’t just recognize her but also those who helped her along the way.

“It wasn’t just Ruth Williams. I was surrounded by good people; the opportunities were there to identify what the needs are and work with others to address the needs,” she said. “When I think about Ruth Williams accomplishing this, it wasn’t just me.”

She said her desire to help people was just something she was raised with.

“You can’t be intimidated by not having at the outset or the skillset. You’re motivated to learn, face the challenges and effectively make the change.” Williams said. “I guess it’s hard to explain what really motivated me but just the strong desire to try and create a more level playing field.”

Williams’s passion and dedication to improving the health and well-being of Indigenous children and families can be seen through the following:

The Order of B.C. is another award added to Williams’ long list of accolades. She has also received an honorary doctor of laws from Thompson Rivers University and the Queen Elizabeth II Diamond Jubilee Medal. She received the Kamloops Rotary Club Paul Harris Award, the City of Kamloops 100 Year Confederation and Distinguished Service Awards, a Lifetime Achievement Award from B.C. Aboriginal Achievement Awards and numerous business awards.

Joining Williams’ has Order of B.C. recipients are: