Fire ban to be in place July 31 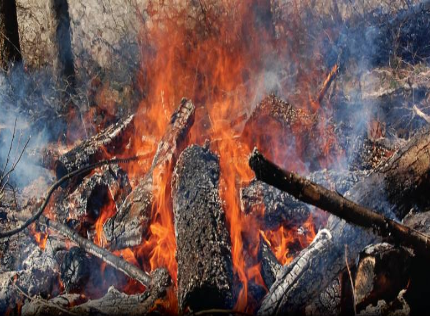 The recent heatwave that has hit the Cariboo region has brought upon fire bans to the area.

Starting at noon on July 31, Category 2 open burning, as well as other equipment and activities, will be banned throughout the Cariboo Fire Centre’s jurisdiction.

Jessica Mack, the fire information officer for the Cariboo Fire Cente, said that as the temperatures increase, the fire danger rating has followed.

“We are seeing some warmer and dryer conditions, and as a result, we are seeing an increase fire danger rating across the Cariboo Fire Centre,” she said. “We do have resources that are strategically placed within the Cariboo to ensure that there is a timely response, and we do feel that we are prepared at the money for the forecasted weather conditions.”

The ban will remain in effect until noon on September 30, or until the public is otherwise notified.

Anyone who is conducting a Category 2 open fire within the Cariboo Fire Centre’s jurisdiction must extinguish the fire by noon on July 31.

“If anyone within the Central Cariboo, Quesnel, or 100 Mile fire zones plans to conduct any Category 2 open burning before the prohibition, you should do so responsibly,” she said. “That means creating a fuel break around the burn area, having a firefighting hand tools on site, monitoring the burn at all times, having water readily accessible, and not burning in windy conditions.”

Mack said that so far, 2020 has been numbers significantly lower than the 10-year average, something she hopes can keep up.

Mack said that if caught breaking the rules of the ban, the penalty is stiff.