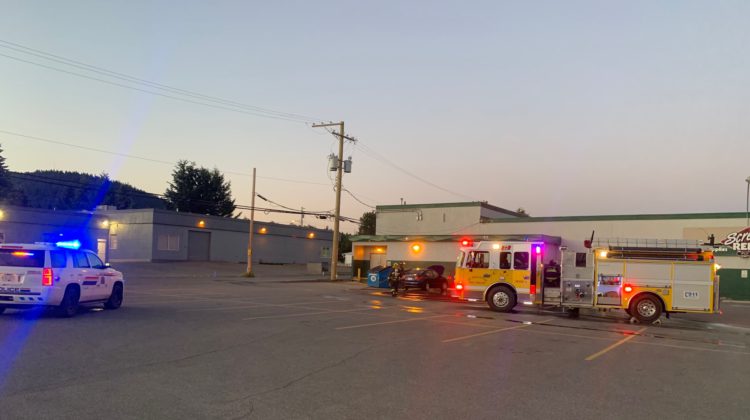 100 Mile Fire Rescue were on the scene of a car engine fire early this morning.

The vehicle was parked next to Donex Pharmacy on Birch Avenue. Fire Chief Roger Hollander says the unit responded at about 4:45 this morning and quickly extinguished the blaze. 100 Mile RCMP were on the scene as well. Hollander says there were no injuries, and there was no damage to the building.

Hollander says the fire is not considered suspicious at this time.