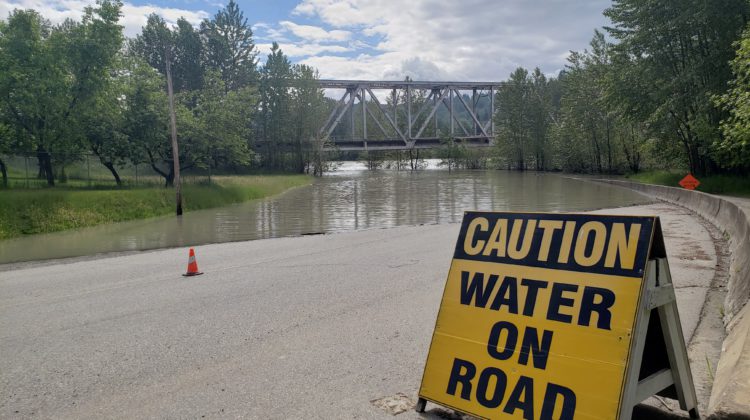 The Quesnel River was downgraded from a Flood Watch

George Roman is the Manager of the BC River Forecast Centre…

“Overall we have seen gradual recessions in the Quesnel River and for most rivers and streams across the Cariboo over the last few days.   Today (July 23) and tomorrow there are scattered showers and thunderstorms in the forecast, but generally that is light to moderate rainfall, 5 to 15 millimeters of rain over two days or so, so some rain but not a lot in the grand scheme of things.”

Roman says most of the Cariboo region and further upstream has seen very high flows and some local flooding of low lying areas since essentially late May of this year.

He says High Streamflow Advisories also remain in place for the main stem of the Fraser River all the way up to Lytton, and as a result he says there may be some localized areas that are still seeing high flows all the way through the Cariboo region from 100 Mile House to Quesnel.

Roman says things should now start to go down…

“Overall we have seen gradual recessions in the Quesnel River and for most rivers and streams across the Cariboo over the last few days.   Based on the weather forecast and the latest updated models flows are expected to continue to drop slightly for the rest of the week, but then into this weekend they we will start to gradually increase again, nothing really significant, but they will increase again in response to the rain.   It’s not expected to be worse than earlier this year so things seem to be stabilizing.”

Roman says the peak levels this year were approaching record levels on the Quesnel River, but overall he says what has been unusual this year is that the high flows have lasted this long into late July.