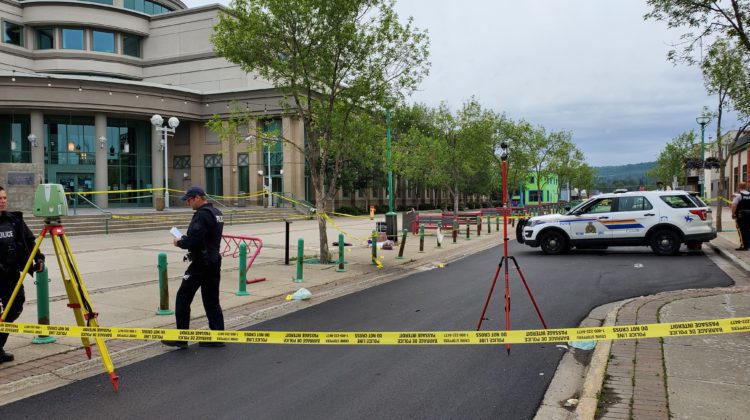 The Serious Crimes Unit of the PG RCMP at the scene of Thursday's stabbing in front of PG Courthouse that claimed the life of a 26-year-old woman. (Photo supplied by Justin Madu, MyPGNow.com staff)

A woman has been arrested as part of the homicide investigation into the killing of a 26-year-old woman on July 2.

Prince George RCMP confirm the suspect was found and apprehended on July 4.

A woman was found suffering from at least one stab wound and transported to the University Hospital of Northern BC, where she later died of her injuries.

The suspect was interviewed and released pending further investigation and file disclosure to the BC Prosecution Service.

Anyone with further information is asked to contact the RCMP detachment or Crimestoppers.

This is the first confirmed homicide of 2020 in Prince George.

More information will be provided as it becomes available.