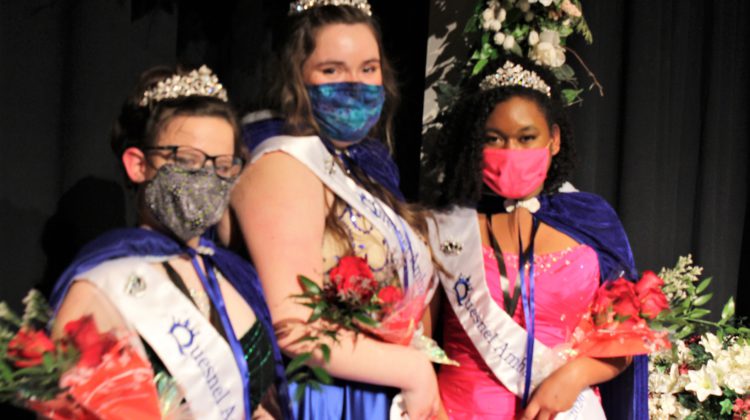 Quesnel’s new Ambassadors were announced on Saturday night and they are Jadacia Barker, Beth Mattioli and Sarah Foottit.

A total of eight candidates were seeking that role in what was for the most part a virtual showcase and awards event this year, as due to COVID, just 35 people were allowed into the Chuck Mobley Theatre at Correlieu Secondary School.

Workshop Coordinator Rose Scott says there were a few glitches as they lost the live stream on the second night, but overall she says things went pretty well.

There were several awards handed out as well.