Quesnel hit with some local flooding 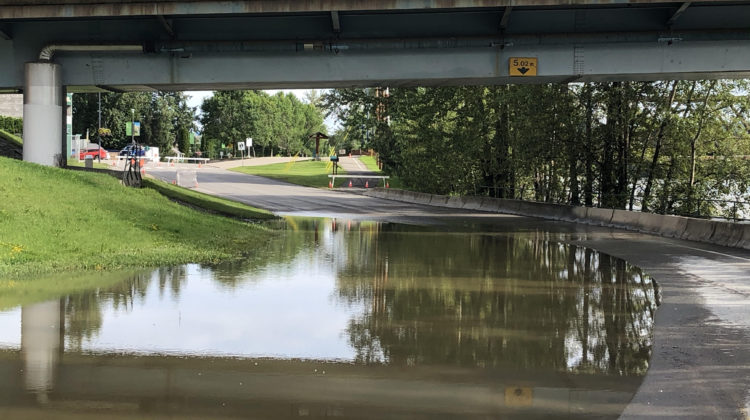 Quesnel is experiencing some localized flooding after a rise in the Fraser River over the weekend.

“By all accounts sometime on Sunday morning the Fraser seemed to have peaked at 471.4 metres above sea level.”

Gauthier says the Fraser has went down slightly since then…

“This morning when I checked, the Fraser was at 471.3 so basically one tenth of a metre equals to about four inches.” 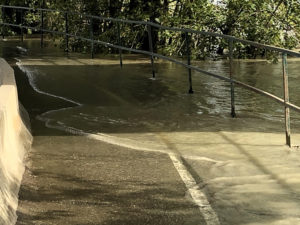 “The Fraser will react depending on the amount of rain and the area where the rain is going to fall.   If the area is only the size of Quesnel or probably twice the size of Quesnel where it is going to get hit, it’s not too bad.    If it’s the size that we had last time that went from basically south of Valemont to the size of Prince George, the entire area was covered, that’s the reason why we had such an increase in water flow because we had so much rain coming down.”

Gauthier says he has another meeting Monday afternoon with the BC River Forecast Centre to get another update on what to expect.

“At 471.5 meters above sea level that’s when we make the decision if we’re going to activate the EOC or not, taking into account how much water is left to come in and things like that, so we got close to that number this weekend but yesterday when looking at it, we basically peaked yesterday morning so we were good.”

Gauthier says he and public works have been monitoring the rivers daily for about a week now, and that will continue.

He says other than the Moffat Bridge loop and the Johnston loop area, no other areas within the city have experienced any flooding.