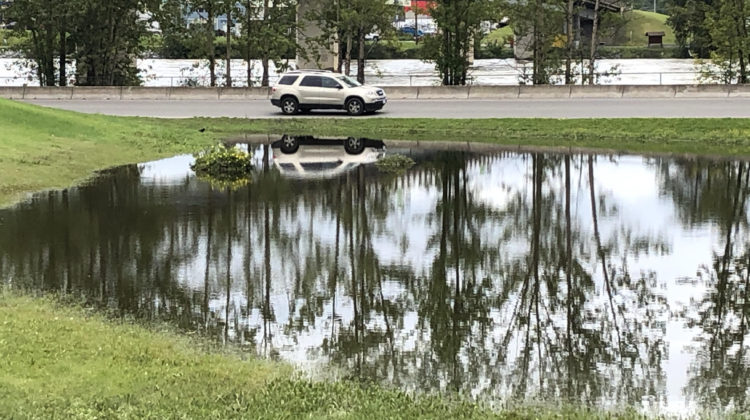 Quesnel’s Emergency Services Coordinator says the Fraser River was about half a metre away on Friday from officials activating the Emergency Operations Centre because of potential flooding.

Here, Sylvain Gauthier goes over some of the numbers…

Gauthier says it is at 472 meters above sea level when certain areas would be put on evacuation notice.

But he says the water levels have went down since then, by around three to six inches, a trend he expects to continue…

“Typically the Fraser, every 12 hours, it goes down 2 1/2 to 3 inches,  so if we get another 12 to 24 hours we could probably be looking at another 3 to 6 inches in height, which will make a big difference.”

He says the flood risk appears to be very low, but he says that can chance quickly, depending on the weather…

“The snowpack is still, we still have a pretty good amount of snow at higher elevations which, depending on the weather we get over the next couple of days, couple of weeks, will tell us how much snow is going to melt.   But the main issue we’re seeing right now is, the major rain event that we’re going to get into the area and east of us over the next two or three days, will probably compound the issue with the Fraser.”

Gauthier says four or five days of high temperatures in the high 20’s could also still have a big impact on the water levels of the Fraser River.