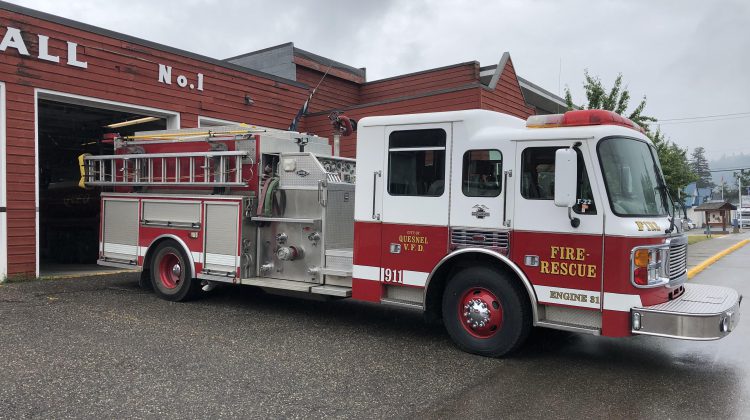 Training Officer Bart Schneider was one of those on scene at West Fraser’s MDF Plant on Carradice Road.

“We responded to a fire inside their RMS, which is their material storage area.   When we got on scene they had a fire up on top of a bunch of their sawdust and chip piles that they use, so we set up our ladder truck and made entrance into the top catwalk area of the RMS building and manged to put out the kind of creeping fire along the top of the chip pile there.”

Schneider says there was no real damage to the MDF plant as the fire was contained to that one area.

He says they responded with 13 firefighters and three pieces of equipment, including their 100 foot ladder truck.

No one was hurt and the cause of the fire remains under investigation.