Quesnel prepares to train forestry workers of the future 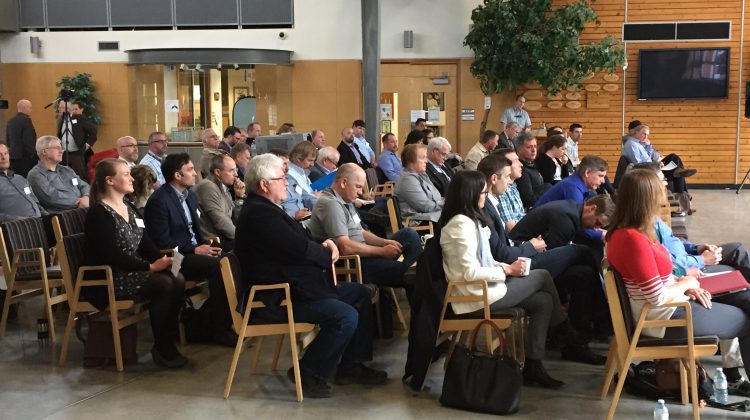 The City of Quesnel is seeking approximately two million dollars in funding to become a training centre of excellence for the kind of forestry that companies will be doing in the future.

“Each of the decisions that will be made will be forest management decisions, and it’s a combination of the operator and the software in the machines that help to make really good decisions about how we manage our forests.”

“The forestry think tank process effectively works in three key areas.    One is where do we need to change our forest management practices on the land base to make sure that our forest ecosystems aren’t as susceptible to these large scale disturbances, pests and disease and fire.    The other domain is on the manufacturing side, what do we need to do to reinvent the manufacturing side, and both of those areas beg the question of what do we need to do to retool the workforce.”

“We’ve got the opportunity to work with jurisdictions who are well ahead of British Columbia on alternate forest harvesting regimes, predominantly in the area of machine based selective logging.   We are working with some Scandinavian companies and some companies from back in Ontario that have the kind of equipment, that have developed training programs.”

Simpson says the idea is to come up with a “tailored in Quesnel” curriculum.

He says they are working in partnership with the college, West Fraser, and other major licensees and contractors.

Simpson says he is confident that they will be successful in getting the funding, and he says the plan is to start in September…

“The province has announced that they are wanting applications in, they announced the employment programs that they’re coming out with, these are all eligible opportunities for us, so we’re really well positioned for them.   And they want to get going, everything we hear is they want to get this stuff up and running in the fall, so I think our timing is really good.”

In terms of economic development, Simpson says like the nursing program and the social work program, some students will be coming into the area and spending their money here.

He says in some cases they may end up making a home in Quesnel.

Simpson says if they build the program right it can become a niche program that will attract people from all over.