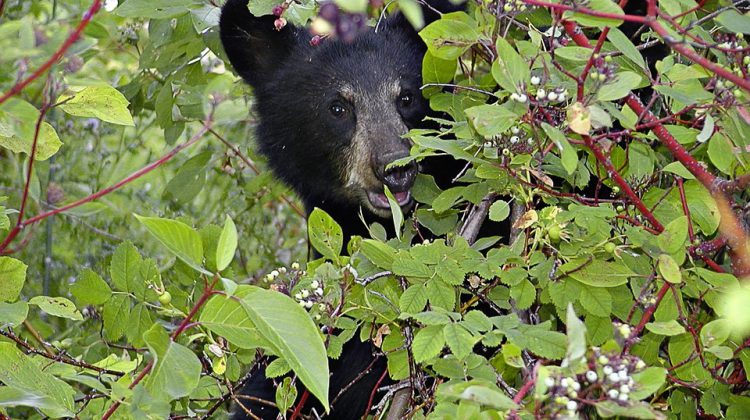 For the second year, the Cariboo Regional District and District of 100 Mile House have partnered with WildSafeBC to educate South Cariboo residents about preventing human-wildlife conflicts.

WildsafeBC Cariboo Coordinator Mareike Moore will visit various neighborhoods in 100 Mile House and 108 Ranch this summer to do garbage tagging on containers left out on the curb the night before collection.

The WildSafeBc garbage bin campaign was highly successful in 108 Mile Ranch last year with the number of containers put out the night before decreased strongly after residents were made aware of garbage being a major bear attractant.

“People are very positive, they were happy that someone was addressing this topic to make communities safer, neighborhoods safer and also to keep wildlife wild because for a lot of people wildlife is very special, and they don’t want bears to be destroyed or be in trouble so they think it’s very important that garbage is managed properly”.

By warning residents and educating the public about attractant management through campaigns like the garbage tagging, WildSafeBC hopes to prevent human-wildlife conflict in the South Cariboo.

Because of the success they had last year it’s also likely that the results affected the number of calls to the Conservation Officer Service RAPP line for black bear encounters.

“I work closely with the CO’s in the South Cariboo as well as in Williams Lake and the North Cariboo”, Moore said, “And I’m trying to support them wherever I can. If they have areas that are a bit more critical or have more bear encounters, then I try to go out and educate people, hand out information so that they’re just more aware of what they do”.