Shaping the next 50 years, CNC to engage community on strategic plan 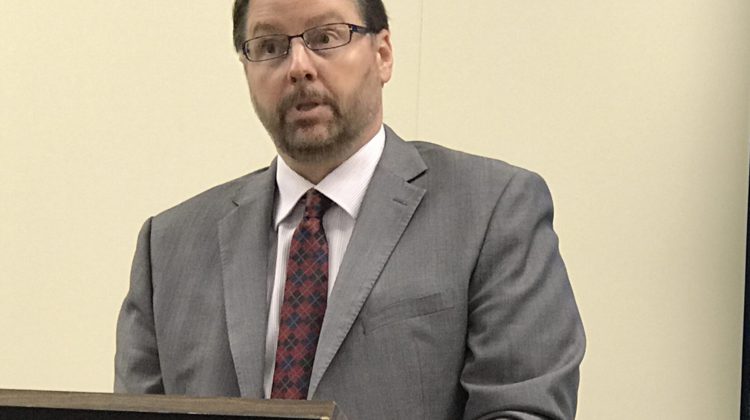 A public engagement process has been launched by CNC to help develop its next strategic plan.

Today (Tuesday), an online survey was unveiled to shape the college’s next 50 years.

It is called CNC – The Next 50 Years, which seeks viewpoints and potential opportunities, focusing first on the years 2021 to 2026.

CNC President, Dr. Dennis Johnson said the survey, which will be available until mid-September coincides with their five-year vision.

“What we do in the next five years will set us up or change perhaps some of the ways we do business for the foreseeable future so it’s both a five-year plan but it’s also setting us up for the next 50 years.”

Johnson stated they are looking to hear from anyone including students past or present on how CNC can better serve the six communities in our region.

“We really want to reach anybody that has an opinion about CNC. One of the things that became very clear when I first got here last fall is that everybody feels like they own a piece of CNC and that’s really ideal for a community college.”

“It doesn’t matter if you were a student 30 years ago or if you had a cousin that went to CNC or if you just drive by, we want to hear from you and how we can better serve the community.”

Along with its main campus in Prince George, CNC also has smaller sites located in more rural and remote communities such as Burns Lake, Vanderhoof, Mackenzie, Fort Saint James, and Quesnel.

Johnson admitted the way to improve services may differ from community to community.

“We know that some of the issues and challenges in less populated centres are different as we are very aware that we serve the entire region so again, we are looking for people’s insights into how we can up our game and better serve people at all six campuses.”

A link to the survey can be found here.

The college also issued its Project Timeline which consists of the following: