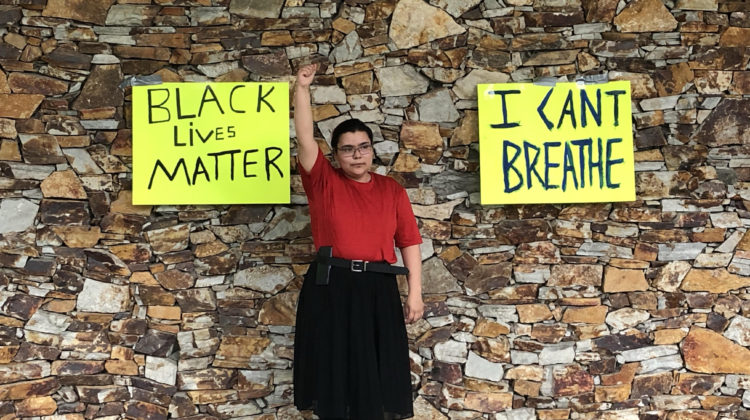 Silence is Violence….Silence is not an Option and of course I can’t Breathe !

Those were just a few of the signs at a Black Lives Matter rally in Quesnel on Friday afternoon.

“My message I hope that it gets out. And I hope that people hear what we’re saying because enough is enough, silence is not an option, to stay silent on this is to chose to allow people to die. Because without speaking up you are staying compliant and by staying compliant in a system that allows the death of many, those deaths are also on you.”

“My own gramma was a survivor of the residential schools, and unfortunately she’s just recently spoken out about it, there is no justice for them, I’ve found that through the residential survivors that I’ve spoken to there is no justice, nothing has been done, no charges have been laid.    The people of color in Canada, racial discrimination is rampant in Canada, with the RCMP, with the government, with any system.”

Turrell also talked about the need to young people to take up the cause, and also to vote…

“Yes. Vote. Vote. Vote. The reason Donald Trump actually got into office in American was because not enough people voted against him.    It was the lowest amount of people that have voted in years.” 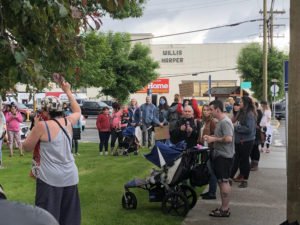 The rally attracted somewhere in the neighbourhood of 50 to 60 people.

Turrell was pleased with the turnout as she said she only expected around 15 to 20 people.