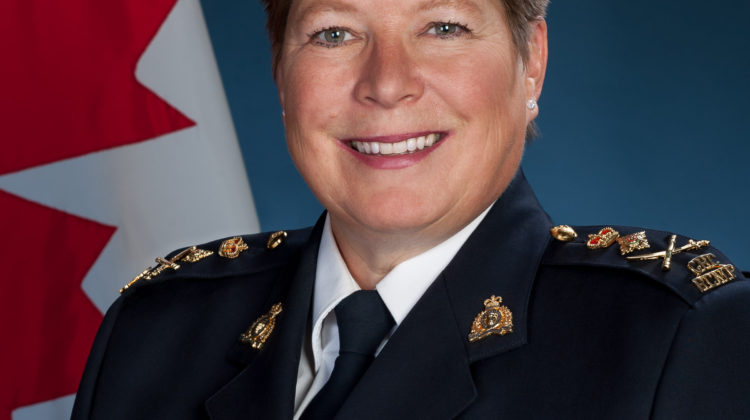 Media Relations with the RCMP has issued a national statement on questions about systemic racism in policing.

The release, from RCMP Commissioner Brenda Lucki, states that Canada’s national police services is taking a clear stand against all forms of racism and discrimination.

It goes on to say that everyone is affected and is processing the events surrounding the death of George Floyd differently, including the RCMP and communities…

“Watching the protests and hearing the discussion may be difficult, but at the heart of it is the need to confront anti-Black racism and other forms of discrimination that continue to plague society.”

The Commission also pledges to build an organization that respects people, values diversity and fosters inclusion.

“We are here for everyone.   No matter what they look like, sound like, or where they come from.  We have a shared responsibility to advocate for dignity and practice respect for all.”

Lucki says every action we take must be an action we can be proud of and that they are there to protect people, and anyone who is vulnerable…

“If we uphold fairness and justice, it’s for everyone who has suffered injustices-both in our communities and our workplaces-especially, Black Canadians and racialized Canadians and Indigenous persons, who have endured many wrongs throughout our shared history.”

Lucki also encourages everyone to stop and reflect about the last 8 minutes and 46 seconds of George Floyd’s life.