“We could start at 25% arena capacity,” : BCHL Commissioner Chris Hebb on upcoming season 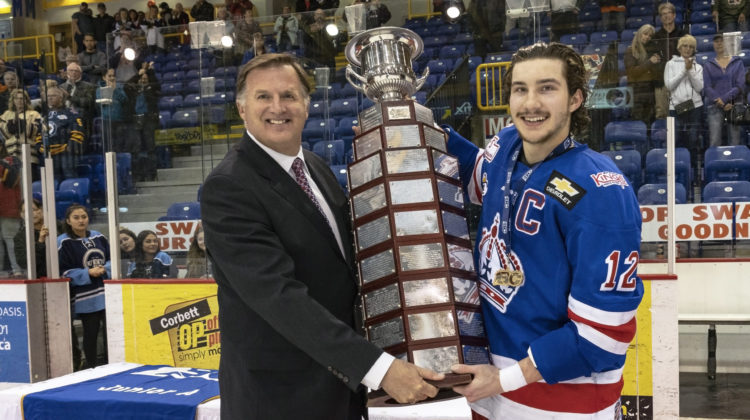 BCHL Commissioner Chris Hebb believes they can have a percentage of fans in the stands as they look to kick off another season.

Sporting leagues, especially those at the junior and varsity levels that rely on ticket revenue have been left in limbo on when they can begin.

Despite the large gathering ban put in place by Provincial Health Officer Dr. Bonnie Henry, Hebb believes they can work around it.

“We think we could start at a 25% arena capacity at the beginning and as the province allows, we would like to move it up to 50% or more in the new year so we’re talking about a phased approach, which is something that is attractive to the government.”

“It will be up to some of our teams whether or not that’s going to work for them and we will hear from them but at this point, that is something that we have put on the table.”

Hebb added holding games without fans is not an option for the BCHL as they don’t have the luxury of TV or sponsorship revenue like the pro sports leagues.

Asked if the league has several different versions of a schedule laid due to the numerous start dates being kicked around because of the pandemic, Hebb had this to say.

“At the end of the day, it will be up to the powers that be who will give the green light when it’s safe to return.   If things go well and we get the municipal authorities and the provincial authorities on board, we could start the season on time, we’re not counting on it and we are definitely building schedules that will allow us to move the start date back.”

“We believe that we will come out with a schedule that starts in the normal period of time and then what we will do is react in two-week increments and pull back from our 54-game schedule.”

Hebb stated all of their respective franchises have faced additional challenges to recruiting based on the volume of false information being floated around by the pandemic.

“I think there has been a lot of rumors out there that are untrue. When teams go to recruit, they are constantly having to deal with parents that have heard false information from parties that are not in the know. Now that Hockey Canada has removed itself from the equation, everybody knows it’s going to be up to the BC government and municipal authorities.”

The BCHL’s top-boss admits teams who are already up against it financially, took another blow when the remainder of the 2020 playoffs were washed out due to the pandemic, further complicating the financial health of their clubs.

“It wasn’t just the playoff revenue, which we all count on to get back to a break-even, teams in our league are not money makers we have a collective loss every year and this additional loss we think collectively was about three million dollars. When you factor in the lost playoff revenue and also the opportunity to have summer camps and spring leagues were also money generators for our team.”

The 2020-21 season is slated to be an important one for the BCHL as the Penticton Vees are slated to host the 2021 Centennial Cup.

In a perfect world, Hebb would like to see that event go off without hitch after this year’s edition of the tournament in Portage La Prairie, Manitoba was gassed.

“I think it would be a real benefit to our league to showcase put on the kind of show that we could, however, we also realize that should this pandemic push the season back we would be hard-pressed to get the number of games we would like in and also have the Centennial Cup go off as per usual so there’s a constant battle going on with Hockey Canada as to whether it can move back but we’ll wait for the authorities to tell us.”

Hebb also answered the question of whether or not teams like the Prince George Spruce Kings have an advantage over other markets in raising funds because they hold a Show Home Lottery each year that usually sells out.

He added the outside-the-box approach has proven effective for the BCHL’s most northern franchise.

“We respect the fact that they have made that kind of move and we know the city really supports it. The Spruce Kings are one of our strongest franchises and we feel that the lottery is a terrific opportunity for the team to make the money it needs.”

Lastly, Hebb is of the opinion COVID-19 has taken a toll on some of its fanbases, admitting the league took things for granted.

“There’s a lot of things that we have taken for granted, we’ve always expected our fans and sponsors to be there for us and we know that relationship is tenuous. While we don’t think our fans are going to not come back I think it’s been hard on them because we’ve got folks out there that have lost their jobs and have taken cuts in pay.”