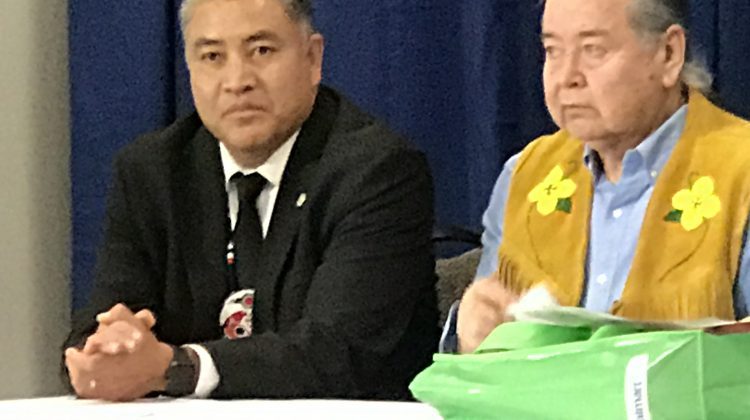 BC Assembly of First Nations Regional Chief Terry Teegee isn’t pleased with the Federal Government’s  decision to delay the release of its national action plan on Missing and Murdered Indigenous Women.

According to Teegee, the release was supposed to coincide with the one-year anniversary of the National Inquiry issuing its final report.

Teegee said he doesn’t buy the argument that the COVID-19 pandemic is the main cause of the delay.

“COVID-19 is just used an excuse to once again drag their feet in committing to a lot of the recommendations, 231 of them, from the national inquiry report,”

“I think there was more than enough time. We heard back in December at the Assembly of First Nations Special Chiefs that the action plan would be released by the anniversary of the release of the national inquiry report last June, this is really a situation where the government is dragging its feet again.”

Teegee adds while some progress has been made on Indigenous Child Welfare, another sector needs to be upgraded.

“The overhaul of the justice system needs to be looked at, it’s not only an issue for most people but for many, many of the Indigenous circle.”

When asked if the rail blockades and the rights and title issues with the Wet’suwet’en played a role, Teegee doesn’t think that’s the case.

“It shouldn’t. This was really outside of those issues that were in the making with the Wetsu’weten for the past 23 years and I think this situation, which has been ongoing for many years didn’t play any part.”

It was given the green light earlier this month.

The inquiry also called for the immediate end to birth alerts – a system implemented by child welfare agencies that flagged a person’s history, which can lead to a baby being apprehended from its mother while in hospital.

Currently, the practice is only being carried out in Manitoba but it was once a problem in British Columbia according to Teegee.

“I think we need more monitoring even though the province and Ministry of Child Development put a stop to birth alerts in British Columbia. We do have some antidotal cases where we have heard from individuals where it might be happening but I think it’s important to monitor the situation despite the fact the province committed to stopping birth alerts.”