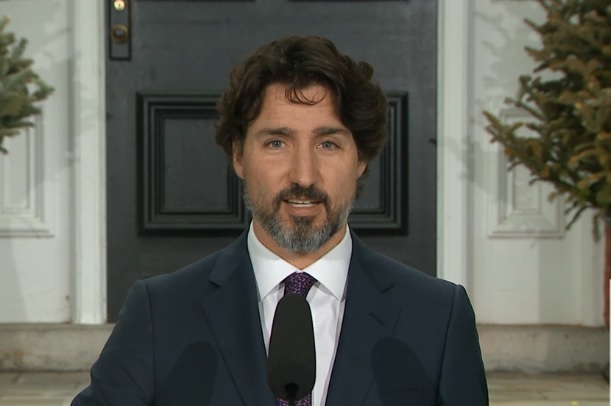 Justin Trudeau says no worker in Canada should have to choose between taking a sick day or getting a paycheque.

In his daily briefing, the Prime Minister says he will continue to discuss with the provinces and territories providing 10 paid sick leave days a year for every worker in Canada.  Trudeau says the issue was brought up by B.C. Premier John Horgan a few weeks ago on a First Minister’s call. Horgan said that when flu season begins in the fall it would be important for people who feel ill to be able to take time to go get tested and stay home instead of feeling the pressure to go to work when they are sick.  Trudeau says a number of Premiers agree and the discussion will continue however he says they mechanism to deliver it is “not obvious”.  The 10 paid sick leave days is a key demand of the NDP in order to guarantee support from the party to limit sittings in the House of Commons.  That plan will be voted on today.

Trudeau also encouraged landlords to apply for the Canada Emergency Commercial Rent Assistance program starting today.  Landlords that have up to ten eligible tenants in Atlantic Canada, B.C., Alberta, and Quebec can apply today.  Landlords in Ontario, Manitoba, Saskatchewan, and the Territories can apply tomorrow.  Landlords with more than ten tenants will be able to apply later this week.  This program will cover up to 75-percent of rent for businesses.