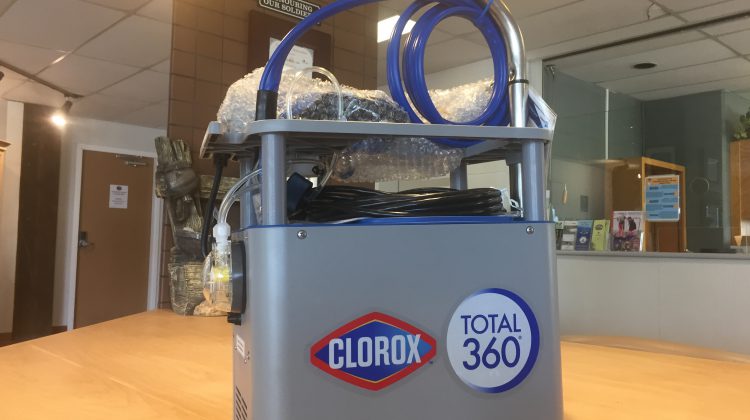 The City of Williams Lake has taken a step towards preparing for when public facilities can re-open.

“Essentially its antibacterial, antiviral and anti-fungal. It is dry in less than 2 minutes and is non-toxic so it’s used in hospitals and in public facilities and it is an effective way of completely decontaminating large areas”.

MacDonald said it took about a month for the machine to arrive and that a second one has been ordered as well.

The cost of the Clorox 360 machine is just over six thousand dollars and the jugs of solvent are thirty-five dollars apiece giving ten thousand feet of coverage.

“We plan to use it to support the re-opening of our facilities, as that starts taking place”, MacDonald said, “We’re starting to see signs that the provincial health officer is feeling confident to make some of those changes and we just want to be in a position that when it’s time to open up the complex when it’s time to move forward that we’re going to be able to do that”.