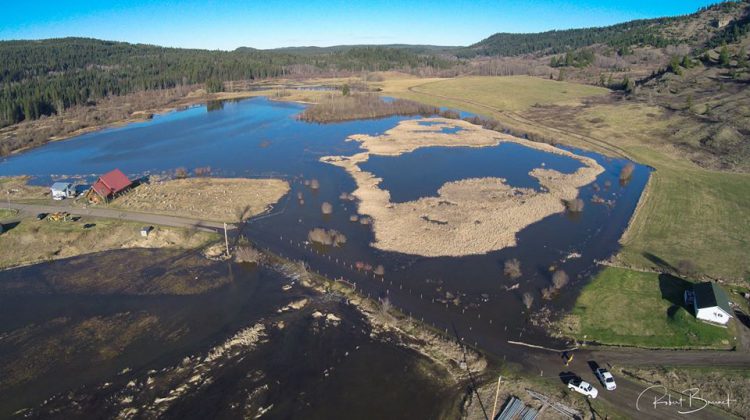 The Canim Lake Band is experiencing major flooding in some areas. The primary concern is Tsq’Escen Road, which is completely flooded.

Chief Helen Henderson said “It cuts our community in two, so it cuts off access to the northern residents of the main reserve. The road continues to be monitored by our EOC teams, but we also have security monitors stationed there as well as Dawson road maintenance monitoring the road 24/7.”

The road’s integrity is holding, but traffic has to be limited. Henderson says the community has been sandbagging to protect homes in the village and the cemetery.

She says the community has pulled together and has laid down over 3000 sandbags at this point. Other areas of the lands are threatened, and one resident is under evacuation alert.

There has been some flooding in previous years, but Henderson says this is the highest its ever been.