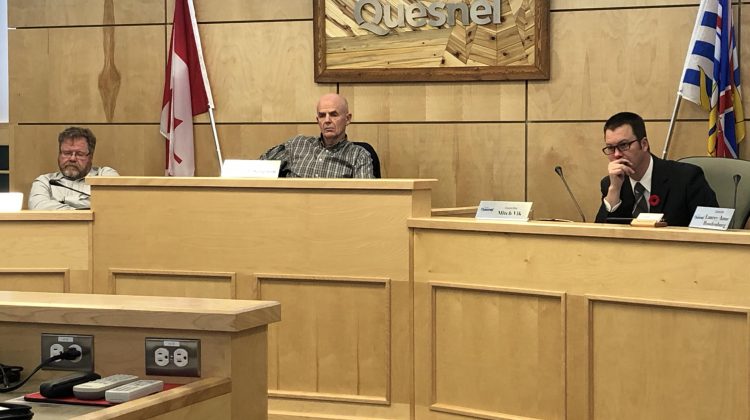 That is the message the Quesnel City Council is sending to the Federal Government about its Canada Infrastructure Grant program.

The entire Cariboo region was shut out in this latest round.

That included an upgrade to the poll at the Quesnel and District Rec Centre for a second time, as well as for a water main replacement and upsizing in Quesnel, road access and parking upgrades at the Esler Sports Complex in Williams Lake and a project at the South Cariboo airport.

Even the Lhtako Dene Cultural Centre in Quesnel was denied.

Mayor Bob Simpson says these programs just can’t be depended on, even if they get approved…

“If we had been approved for the pool project and if Lhtako had been approved for their project we weren’t sure we could actually do the projects because 14 or 15 months had passed and the cost plus on construction is so high we not have been actually able to do the project that we submitted to them. So i think this is just a failure on the part of these infrastructure projects to actually get the funds into communities.”

“Obviously there has to be a matrix on how a community is successful in a project. And for god’s sake, if in our situation, our region could not qualify for one project, I want to see the score sheet.”

Simpson says they never get to see those score sheets.

He says in talking with Cariboo-Prince George MP Todd Doherty on Monday, he was told that there was talk of Ottawa doubling up on the federal gas tax money it gives communities.

Simpson says while that would be helpful, it won’t help for larger projects such as water treatment facilities or renovating 50-year old rec centres…

“We need to be careful what we ask for, I do think they need to top up the gas tax funds and continue to give us that flexibility, but we can’t lose sight of the fact that they’ve got to fix this big infrastructure funding program too.”

Simpson says they need to make a strong statement to the Federal Government that they need to re-visit their infrastructure program, that it needs to be more timely, distributed in a more transparent manner as they never see the score sheets for projects, and he feels it needs to take into account the circumstances that areas are in, using the wildfires and forest industry issues here in the Cariboo as an example.

The city’s letter will be copied to the Union of BC Municipalities and the North Central Local Government Association.