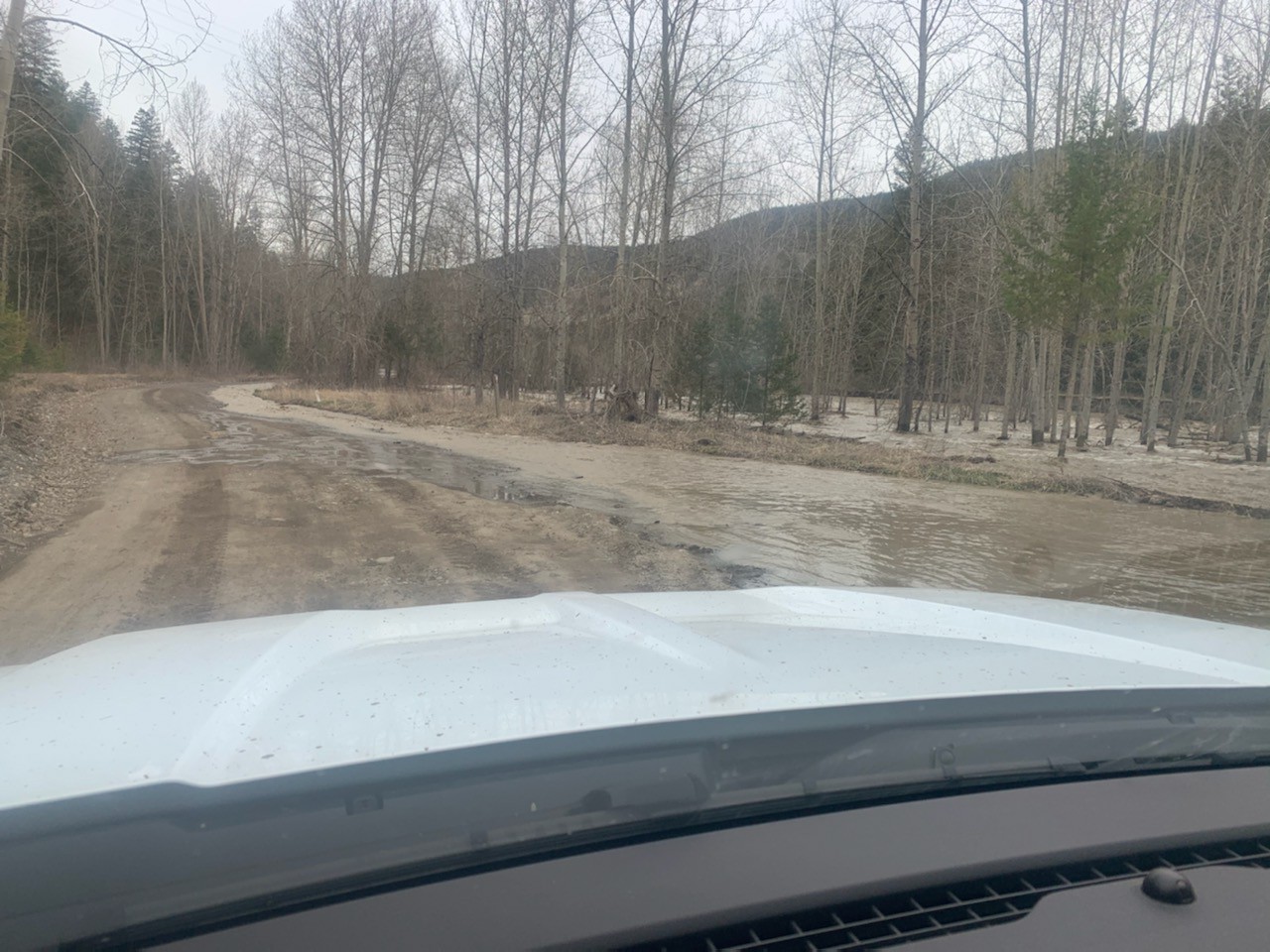 Efforts by crews to make repairs at the Lagoon in the River Valley Trail yesterday (Monday) were unsuccessful.

Director of Municipal Affairs for the City of Williams Lake, Gary Muraca said they couldn’t get to the lagoon as they were fixing the roads to get there.

Muraca said one of the cells at the Lagoons is very vulnerable because of the erosion.

“We are planning to remove some of the material from that cell over to another cell just in case the water does breach that dike so we wouldn’t put a lot of effluent into the river. The contractor is going to continue to work on the far side re-instating roads so that they can get back to the Lagoons and make the repairs and then we can start fixing some of the sections that are vulnerable”.

“In the Lake itself”, Muraca said, “we’ve noticed a decrease in water levels of about 4-inches over the last 48-hours”.

Muraca said “Hopefully the flows lessen today and they can start making some progress. We’re optimistic and so far today (Tuesday) it looks like it’s going very well and I hope that we can make our way back to the Lagoons hopefully late today if not early tomorrow”.

So far they figure they’ve lost 12 bridges in the River Valley that have to be replaced and roadways are washed out in several sections that need to be rebuilt and put more material in there.

Muraca said there is a substantial amount to rebuild but the key is to protect what is left.