When will restrictions because of COVID-19 be removed ? 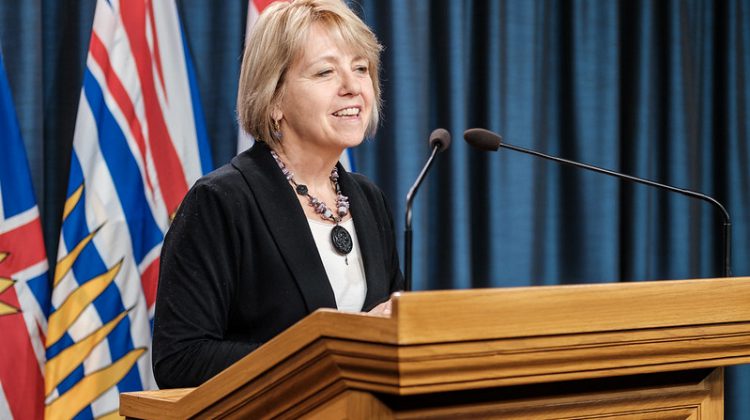 “It is not even the beginning of the end… but we are somewhere near the end of our beginning.”

Those are the words of Provincial Health Officer Dr. Bonnie Henry who spoke at today’s (Friday) COVID-19 technical briefing.

Henry stated that when schools and businesses reopen “it’s not going to be what it was before,” for quite some time.

She further explained that some of the most important restrictions, including those around travel may remain in place for “a year to 18 months,”.

The technical briefing broke down notable statistics and models, revealing that within British Columbia:

-53% of those affected by COVID-19 are female, likely a reflection of the composition of healthcare staff.
-30-59 is the most commonly affected age group, again likely due to the number of affected healthcare workers.
-However, all but three of the 78 deceased were over the age of 70
-349 individuals have been hospitalized over the course of the virus

Dr. Henry explained that the median age of those who have tested positive for COVID-19 is 54 years old and that the trajectory of deaths reflects the breakouts in long-term care facilities.

B.C. has maintained the capacity to provide good care to COVID-19 patients early, as hospitals have not been overburdened by cases.

The importance of social distancing and current measures to prevent the spread was emphasized, as Henry acknowledged the growing gap between the number of cases within Canada compared to countries such as Italy or Spain.

Expanded testing is expected to continue.

Henry addressed “herd immunity”, referring to it as “community immunity” explaining that it can be achieved through vaccination or widespread infection.

“Getting immunity by infection is not optimal,” she stated, explaining that only a small percentage of total populations have been infected even in places with widespread deaths.

Furthermore, she expressed the importance of a “measured, thoughtful, and careful” return to normalcy, adamantly stating the province is not currently in a position to lift restrictions.

She warned that there may be a dramatic and exponential increase in cases if restrictions are lifted improperly.“a year to 18 months”