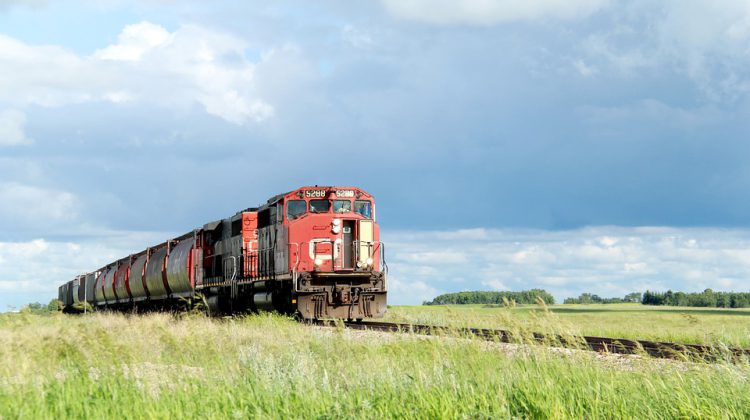 CN issued a statement Friday on the immediate suspension of service due to the decline in customer demand that it said makes it no longer feasible for CN to maintain the current service profile.

“Williams Lake is affected more than 100 Mile,” she said. “I knew nothing about it, the Mayor knew nothing about it. I found out a couple of days from somebody and started asking questions, so it’s just another issue that local business and industry has to deal with that doesn’t make a lot of their lives easier. Of course, once again they have to look at alternative methods for their products and let’s hope that it doesn’t cause more cost to business and industry because they’ve had enough and also some employee loss.”

Remaining customers on the corridor CN said will see their traffic routed via the Prince George – Kamloops – Vancouver corridor.

CN did not confirm how many employees are impacted by the suspension.

“This is not a decision taken lightly. We are sympathetic to the disruption of this change on the lives of our employees, particularly in the current environment, and they may have an opportunity to remain with CN in other locations. Based on collective bargaining agreements and depending on seniority, they may elect to work at other CN locations in BC and where there is a shortage of personnel,” CN said in a statement.

“CN recognizes and understands that these are unprecedented times and wants to reaffirm that we are focused on the health and safety of our employees, the essential movement of critical supplies for all Canadians, and a safe and reliable service for our customers.”

Taseko Mines Ltd. Vice President of Corporate Affairs, Brian Battison said the rail traffic that they generate at Gibraltar will now be shipped by CN on rail north to Prince George and then down through Kamloops.

Gibraltar he added continues to operate.

“There are no confirmed COVID-19 on-site or in our workforce,” Battison said. “Changes to the mine plan are being implemented to keep the mine open and running contingent of course on an available workforce and a reasonable demand for copper in the world.”

Tolko Industries said it also remains open for business and that its facilities continue to operate.

“CN has indicated that their suspension in service will not negatively impact rail service for Tolko facilities in Williams Lake,” said Communications Coordinator, Sandy Arseneault. “None of the lumber we currently ship transits south via this line, and no changes are required for Tolko shipments at this time.”

West Fraser meanwhile announced a one-week curtailment effective March 30 at all of its B.C. sawmills. The company said it is reducing lumber production at western Canada sawmills by approximately 18% and at U.S. South sawmills by 24% due to the declining demand of forest products.

“At this time, we expect that the train service needed in our operations will be re-routed and do not pose an issue for our transport logistics,” said Communications Advisor Tara Knight.

(Note: this article has been updated to include comment from Tolko Industries and West Fraser)