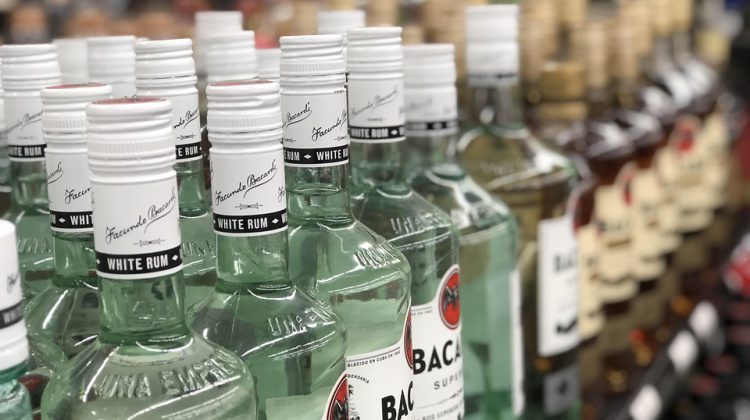 As the COVID-19 pandemic continues many people are coping by stocking up on alcohol and drinking.

According to the Liquor Distribution Branch (LDB) sales volumes at BC Liquor Stores have far outpaced seasonal trends.

Counter sales at BC Liquor Stores are also up 40%.

The recent purchasing numbers has led to the question of whether or not the physical distancing and self-isolation measures put in place could lead to more problems like increased alcohol dependency.

“There were discussions around closing non-essential businesses and there was maybe a concern that liquor stores among the drinking population, which is about 85% of us, that if the liquor stores closed that it would be a good idea to do what we have been doing with toilet paper and that is to stock up,” said Dr. Perry Kendall, Co-Interim Executive Director at the BC Centre on Substance Use.

Kendall said the consequences would have been dire if the province decided to go the other direction.

“If you close the liquor stores you risk a black market, illicit supply, and illegal activity,” he said.  “You also risk those people who have developed an alcohol dependency withdrawal and in most severe cases require hospitalization and that is the last thing that one needs when we are trying to empty out hospital beds for a potential influx of COVID sickness.”

Kendall adds while we are living in a chaotic snapshot of time, overindulging on alcohol may not be the best stress reliever.

“I believe alcohol is close to being our most popular recreational psychoactive substance and we have certainly over the last 20 years across Canada have increased consumption, accessibility, and expectations to use alcohol as a normal substance. I think, as a result, some people have become somewhat dependent, or have problematic drinking than previously,” he said.

“It’s not the best way of easing the stress but there is a risk that people’s consumption will go up over a short time and this could have an adverse effect on social, family life or on one’s individual health. People are staying at home and this is a heightened time of anxiety and generally, when more liquor is sold, more liquor is consumed and if more alcohol is consumed then some of it tends to be consumed in riskier or more hazardous ways.”

Kendall also pointed out that if your stress levels reach a breaking point, there’s a much safer resource available.

“There is an emerging network of BC-based mental health professionals that are volunteering to support communities, it’s called the BC COVID-19 Mental Health Network. If you don’t have any other access this might be a good place to make an appointment, have a chat with somebody about managing stress and realizing that increasing alcohol consumption can not only lead to dangerous behaviors but it can lead to increased depression and anxiety.”