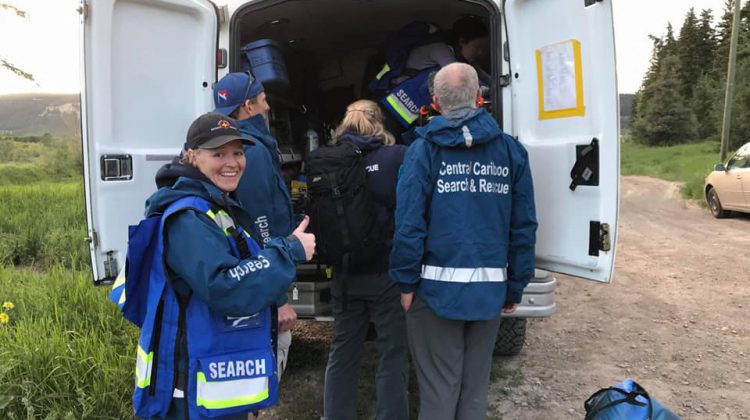 The Central Cariboo Search and Rescue (CCSAR) is just one of many first responder agencies that have taken precautionary steps to protect members while still being able to provide an essential service to the public.

Public relations coordinator Debra Bortolussi says they were very fortunate in the way of their chiefs and committee who were very proactive in making sure that they took precautions early on.

She says it was about the first or second week of March where they decided that they were going to cancel practices and implement something called Teams which will allow them to make sure they will be available for the community no matter what.

“So what that entails is let’s say we get a motor vehicle incident called and we go to respond with Team A, then Team B will be back up,” Bortolussi says. “And what this means is that if one of our Teams becomes compromised or exposed in any way, if one Team goes down that leaves us with Teams to still be able to respond.”

Bortolussi says they have had some members here and there throughout the past couple of weeks come down with flu-like symptoms and have done the responsible thing of being proactive and putting themselves into self-isolation.

“Again that’s why we have the Teams so it’s flexible,” she says.

As for how CCSAR members are keeping up on their skills that are perishable if not kept up to date and practiced, Bortolussi says they have been doing things within group chats such as sharing videos of other teams and their practices as well as techniques they want to be thinking about.

“I think the special thing about CCSAR is that we are all volunteers. We get nothing but the satisfaction of being there for our community and one thing that has been so amazing to see during this time is not only our volunteers’ dedication to being there to the community but also their dedication for being here for each other,” Bortolussi says.

“So when we have those conversations and our group messages about keeping our education up to date we also have conversations about ensuring how everyone is doing? How are you feeling? Are you scared? Are you worried? The best part is we truly are family so even though it is putting ourselves at risk to be there for the community and to respond during this kind of time we are more than happy to do it and we’re there for the community, but we’re also there for each other.”