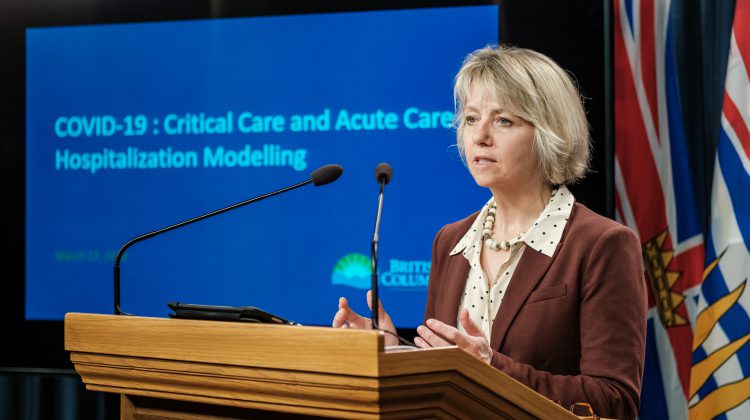 Provincial health officer Dr. Bonnie Henry has presented examples of epidemiological modeling and explained that the spread of the virus within the province may be starting to slow.

“BC’s rate of growth is being positively impacted by the public health measures adopted over the past few weeks,” she said Friday.

However, Henry was adamant that the models are not the same as predictions, but are informed by data collected by experts.

She explained that, because of the virus’s 14-day incubation period, the province may begin to fully see the impact of social distancing measures in the upcoming weeks.

Henry also emphasized the importance of continuing to follow the advice of public health authorities.

Dix said that he believes it is likely the virus trajectory will remain at, or below, the epidemic level seen in the Chinese province of Hubei.

If the virus moves at a Hubei trajectory, capacity “looks good,” according to Dix.

A Northern Italy trajectory is being called an unlikely possibility and would result in a significant but manageable strain on medical resources.

Models projected a 24% daily increase in cases without social distancing measures, a figure that starkly contrasts the roughly 12% daily growth rate currently seen in the province.

The slides used in today’s update are available here: https://t.co/HDaS7AvVBI#COVIDBC