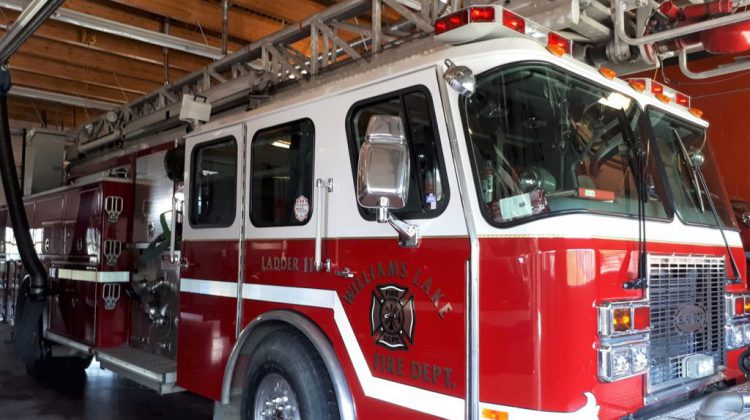 Williams Lake City Council has authorized a nearly $1.2-million contract for the purchase of a ladder truck.

The contract was awarded at Tuesday’s regular council meeting in which most councilors had attended by teleconference.

Councillor Scott Nelson said it is a purchase that they had looked at last year and allocated it to be tendered out at the beginning of this year.

A total of five tenders were received.

“The key one here is that the E-ONE is very similar to our existing unit,” Nelson said. “This actually replaces the old 75-foot ladder truck which I think is  from 1998, and the reason for this one is the E-ONE 78 has got the rear mount aerial ladder on it.”

The total price of the truck is $1,176,678.49, excluding applicable taxes. Nelson said although it is $45,000 more there will be no additional training required on it as it is similar to their existing truck.

“The other thing that’s interesting is that it can carry an additional 4,000 pounds of future capacity which is huge compared to the other one at 764 pounds,” Nelson added. “Council has budgeted for this particular item over a couple of years.”

Mayor Walt Cobb said while he feels that it’s not that we don’t need the fire truck they are taking the shortfall from other parts of the public works and city hall maintenance.

“That’s what I was opposed to but it’s approved,” Cobb said.

City staff according to Fire Chief Erick Peterson have eliminated three capital projects from 2021 to create a surplus of $70,000. Additionally, he said staff will pursue additional savings by auctioning/trading in the existing ladder truck, current year fleet reserve/surplus, and additional savings during pre-construction on some of the optional items.

Nelson said it will take 15 months to 2 years for the truck to be built.