Cariboo Athletes Medal at the BC Winter Games 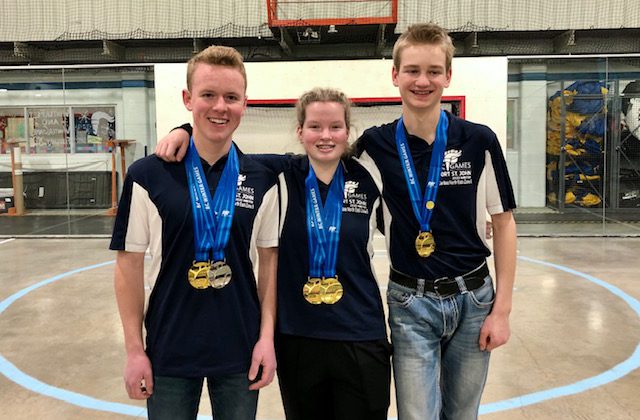 Cariboo athletes brought home a total of 11 medals from the BC Winter Games in Fort St. John over the weekend, most of them in archery.

Ty Thurow from 150 Mile was first in the Boys Match Play Compound and he won silver in the Boys Two Day Aggregate Compound.

Isaac Bedford, also from the 150, was the gold medal winner in Boys Two Day Aggregate Compound.

Quesnel athletes brought home half a dozen medals as well, four of them in archery.

Mitchell Dunn won a bronze medal in figure skating in the Pre-Novice Men’s category, and Laura Balkwill was part of the bronze medal winning team in the Girls Biathlon.

Taylor McGillvray from Quesnel was part of the north’s girl’s ringette team that placed fourth.

One other result of note, the girls rhythmic gymnastics team, made up of girls from the South Cariboo, placed 5th overall.