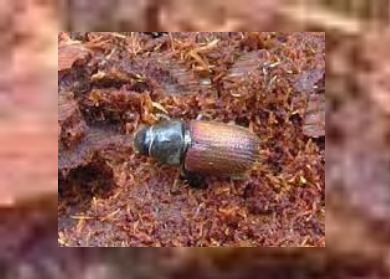 This could be the last year of heli-logging to help manage Douglas Fir beetles in the Williams Lake area.

Forest health specialist with the Cariboo Chilcotin Natural Resource District, Alex Tranq says they have been monitoring population levels and have been having a good effect year after year in reducing populations.

“This year I think this will be our last year just based on where we’re finding it,” he said. “It’s more in the flat ground now so not too much heli-logging potential left. We’ve been seeing about a 30 percent decrease every year in the population and an overall decrease over the four years of about 70 percent in beetle populations in this beetle management unit.”

Heli-logging activities are anticipated to get underway next week and be completed by mid-March. Areas that will be targeted include the Chimney Valley area southwest of Williams Lake, the Anderson Road area, and sites on Fox Mountain.

Tranq said they will remove 800 trees by helicopter.

“As part of any integrated beetle management program to have the best success you need to sanitize the stands, remove the currently infested trees and then follow up with either anti-aggregative pheromone or trap trees; trees that are felled specifically to suck in the beetle,” he said. “We’ve been using anti-aggregative pheromones on our logged sites to disperse any remaining beetles for the past four years and I think it’s worked out quite well.”

The last major outbreak in the Cariboo-Chilcotin Natural Regional District, prior to the current outbreak, peaked in 2008, covering about 68,550 hectares.

“Typically we’ll wait for the beetle flight which happens in May and throughout the summer and then we will fly around in late summer-early fall and look at levels of attack. Typically that’s looking at trees that have turned red, so that will be last year’s attack, and then we use that to kind of pinpoint so we always have crews out going to these areas looking for live beetles,” Tranq said. “It will be about next fall into the winter to see how big of a success it is, but really any modification of the beetle population prevents the increase and if we see the same kind of numbers that we have been seeing then it should be fairly significant.”