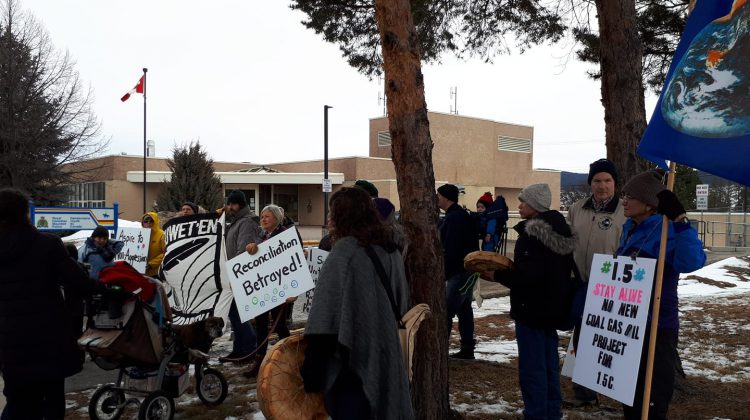 Protestors once again gathered in front of the Williams Lake RCMP detachment to show solidarity with Wet’suwet’en hereditary chiefs. 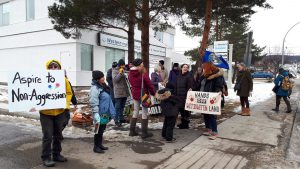 He said a big part of Prime Minister Justin Trudeau’s election promise was around reconciliation.

“I feel that this a real two-faced move by our Prime Minister claiming that he wants to move forward in a good way with the First Nations people and then to do something like this to force a pipeline through their unceded territory without their consent is doing the opposite of what he promised to do in his election,” Laing said.

Laing who was joined by his spouse Laura added that they had provided rideshare to other 100 Mile House residents who had wanted to attend today’s protest.

“We strongly urge people to speak up against this before the actual destruction starts taking place on the land because once the trees are falling and the land is damaged how do you go back?” Laura said. “You can’t go back and fix it. I feel very concerned that our voices are not going to be effective in this matter which breaks my heart.”

This marks the second protest in Williams Lake as one was held Wednesday.