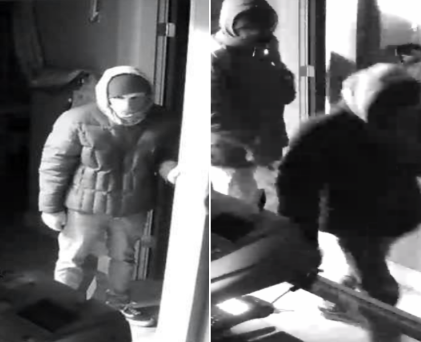 Police in 100 Mile House have released photos of suspects who are believed to be responsible for a break and enter that resulted in $2,500 of damage and theft of vaping equipment and bongs.

He said one of the three images shows a subject with their face covered wearing a unique coat and Van shoes which appear to be a new line recently issued.

Another image Nielsen said shows two other persons involved in the offence.

“It is possible given the descriptors available that two males and one female were involved in this break and enter,” he said. “Police are hoping that a witness may recognize the clothing types of the subjects and contact Police at 250-395-2456 or through Crimestoppers.” 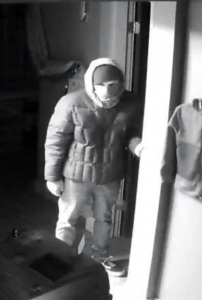 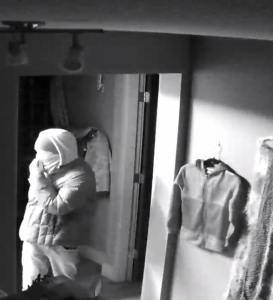 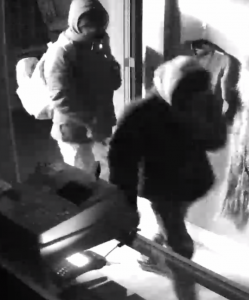