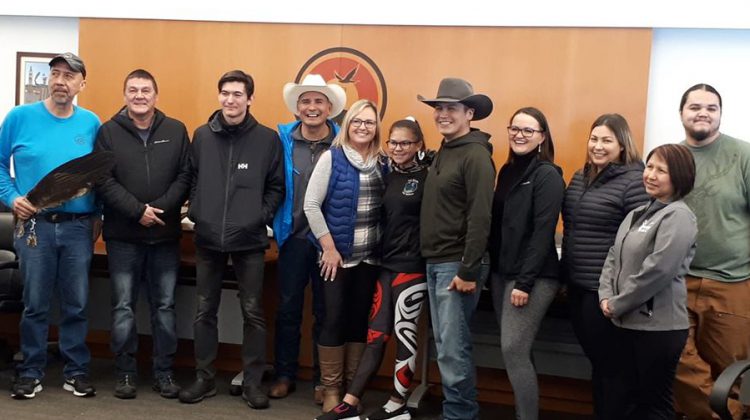 The Tsilhqot’in Nation will be sending a delegation to New Zealand.

21 members including Xeni Gwet’in Chief Jimmy Lulua and Tl’etinqox Chief Joe Alphonse will be leaving Thursday at midnight on a 15-hour flight for a cultural and educational exchange with the Maori.

“It’s exciting but you also don’t know what you’re going into because they’re inviting us into their longhouse or bighouse. So we don’t really know what to expect and you have to be invited in order to go into those houses,” Lulula said. “What we understand is a normal tourist can’t go into those places, so we’re not a normal tourist. We’re actually going there for business, cultural, and language exchange…”

The Tsilhqot’in Nation’s delegation to New Zealand follows a Maori delegation on Title lands in Nemiah this past summer.

“We showed them a bit of who we are and we brought them out onto the lake and showed them the importance of our lake and how we won Title, and they fell in love with our area,” Lulula said.

“Recently we released a reality tv show and they’ve been watching it so they say they’re hosting movie stars,” he added with a laugh. “They’re pretty excited to host us and vice versa. We’re excited to go see them, it’s something we’ve never done before.”

The Tsilhqot’in Nation will return from New Zealand on Feb. 17. Lulula said some of them are bringing their family and that he is taking with his wife and daughter for the once in a lifetime experience.

“The intention is to build relationships. They have a lot of stuff and a lot of good things going for them and we want to share notes so to speak,” Lulula said. “Indigenous people sharing notes is a thing that has been lost for a long time, so you know we’re recovering and how you share is we teach one another. We’re the only nation that has Title so we want to share that, and we also have stories that resemble how the raven stole fire or stole the light. And we’ve done that, we’ve stolen the light from the government and now we’re sharing that light with other nations across the world and all over Canada.”

(Note: Listen to the author of this report with Xeni Gwet’in Chief Jimmy Lulula in the audio file below)