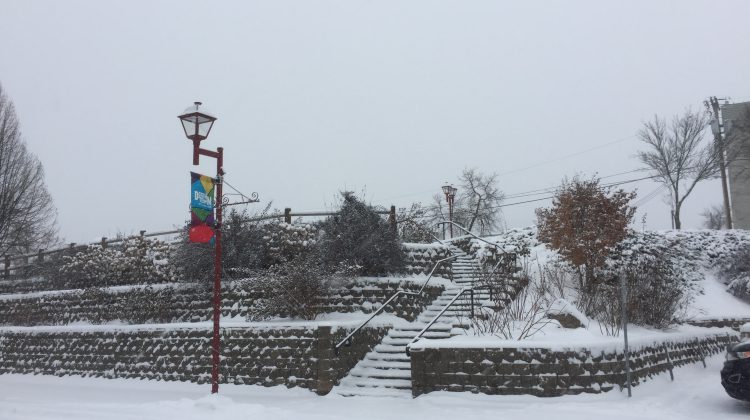 Most of the Cariboo woke up this (Wednesday) morning to a blanket of snow.

Late yesterday (Tuesday) afternoon Environment Canada issued a Snowfall Warning for Quesnel and Williams Lake stating that a total of 15 centimeters of the white stuff was expected to fall in the area.

Meteorologist Doug Lundquist said “So far we’ve had about 13 or 14 centimeters. I saw up at Quesnel the snow depth changed 13 centimeters in the last day. In Williams Lake, I added up the hourly amounts and looks like about 14 centimeters so in the whole area maybe 10 to 15 and in the mountains to the East higher than that”.

The snow is expected to taper off to a few flurries later this (Wednesday) afternoon.

Lundquist said that after this front moves on we should get a break for a few days and there is a potential next week to get Arctic air come through the region again.