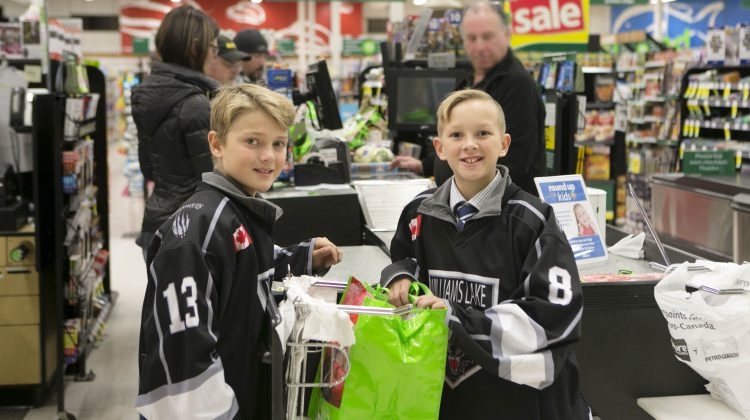 The Timberwolves is the only finalist from B.C. in the Chevrolet Good Deeds Cup and as of Saturday morning is 10,000 votes shy of making the top three for a chance to win $100,000 for charity.

“It’s obviously great that we’re getting support from so many people,” head coach Tyrel Lucas said. “We are falling behind a little bit behind here from the top three which is our goal to reach and to obviously advance a little bit farther, so any more support that we can get would be greatly appreciated.”

If the team makes the top three, it will win $5,000 for the Williams Lake & District Boys and Girls Club youth outreach program.

Votes can be cast until Sunday, Feb. 9 by viewing the team’s Good Deeds Cup video on youtube for at least 30 seconds.

Lucas said the team will be hosting a hot dog sale today (Feb. 1) at Cariboo GM from 10 am until 2 pm. They will also be attending the Stampeders home game tonight at 7:30 pm against the Quesnel Kangaroos to collect food donations and help further spread about the Good Deeds Cup.

“We’re trying to raise hockey players but also good peoples and individuals, and any chance that the kids can help give back and get out in the community and get involved that’s what our goal is to do,” Lucas said.

The top three teams will be announced on Feb. 15 for the final round of voting for a chance to win the Good Deeds Cup and $100,000 for the charity of their choosing.

The Williams Lake Timberwolves was in Salmon Arm attending a tournament when it was announced by Ron MacLean during a Hockey Night in Canada broadcast on Jan. 26 that the team was a finalist.

“Our manager Leslie Rowse had a prerecording of the all-star game and then after our game, she brought it down and then we revealed to our team in our locker room,” Lucas said. “That was a pretty cool moment for sure when they found out that they were announced as finalists.”