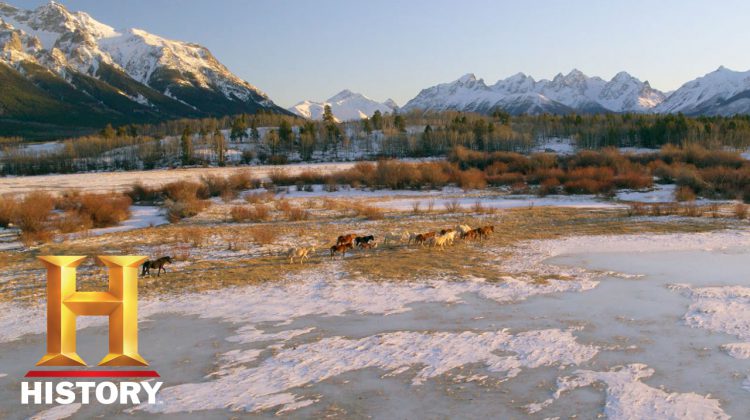 A ten-episode docuseries following what Corus Entertainment says is the efforts of fearless indigenous cowboys in B.C’s pristine Nemiah Valley as they fight together for the survival of wild horses who roam in their midst premieres Monday.

Series producer Barry Davis says it is executive produced by Ihor Macijwsky who most people might know as the creator of “Mantracker” that follows a lone horseback rider tracking down two people.

“They filmed a number of episodes up in around Canal, B.C,” Davis says. “So around the campfire, there were a lot of stories of wild horses in that area and he did some investigating in 2017 and took a trip into the Nemiah Valley and met some of the players there. It takes a while to get all the ducks in a row but two-years later we were on the ground and finally filming something with those wild horses.”

Davis says they started filming in February 2019 and stayed with the riders in Nemiah until the end of August.

“Some of them you’re introduced to and see the horse go off. It would be nice to find out what’s happening to them today but at some point, we have to put the cameras away and start editing the series and make it something that people can watch. So it would be great if we can come back out there in another few months and start shooting season 2 and keep telling the stories of some of the horses and the people that we’ve been introduced to in the series.”

(Note: Listen to the author of this report with Barry Davis in the audio file below)