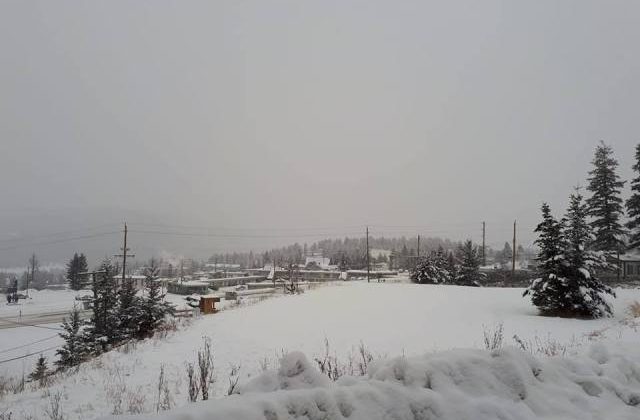 “Quesnel dipped down to -21.7 last night. Record for January 12th is -25.6 set back in 1911 so four degrees shy of breaking a record in Quesnel, but we got pretty close in Williams Lake. They dipped down to -24 last night and the exact same record actually holds for them, -25.6, so we were within about a degree and a half of breaking a record in Williams Lake.”

The arctic air moved into the region Saturday evening and through Sunday morning, a little blast of wind associated with that, and now we’re truly entrenched in this arctic air mass, and it’s going to be with us until Wednesday. And then the temperatures start to moderate slowly climbing up to a high of -22 on Thursday, but then come Friday -16 and the outlook for the weekend looks a lot more comfortable.”

MacDonald says until then though, he says the extreme cold warning will remain in effect as with the windchill frost bite can happen in just ten minutes.