More electric vehicle charging stations to be installed in the Cariboo 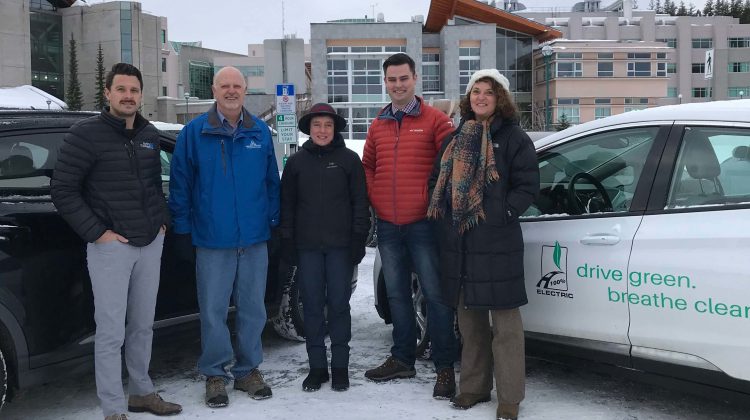 Level 2 charging stations for electric vehicles will be installed in 100 Mile House and Quesnel.

Branded ‘Charge North’, the Northern Development Initiative Trust (NDIT) announced this past week its commitment of $192,000 towards the creation of an electric vehicle charging station network across central and northern B.C.

Director of communications and marketing, Holly Plato says it was a project that was submitted under their strategic initiative fund grant program.

“The Regional District of Fraser Fort George was who applied but that district applied on behalf of everybody else realizing that this was a great collaborative effort,” Plato says.

“So based on that, they determined along with the Community Energy Association, the best locations for these level 2 stations.”

Once purchased, Charge North will work towards the installation of all 47 stations in 26 communities.

The Ministry of Energy, Mines, and Petroleum Resources estimates there are more than 30,000 electric vehicles on the road in B.C.

“It’s a boost. It’s a green initiative, so it’s great for the environment,” Plato says. “In addition, it’s great for our economy because the people who are stopping to charge those vehicles will be spending time in our communities and seeing all the wonderful things northern B.C. has to offer.”