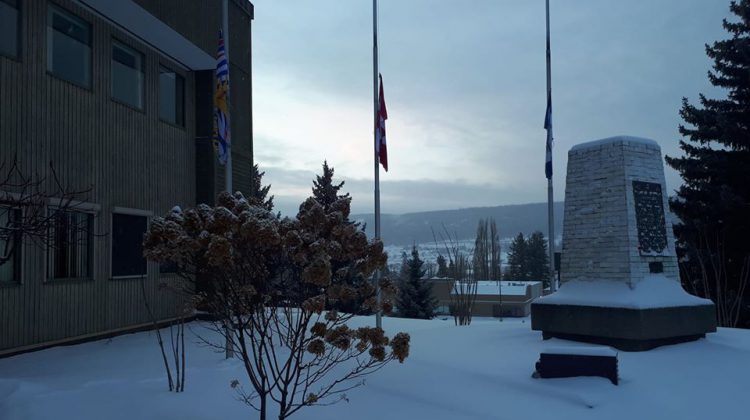 Flags have been lowered to half-mast at Williams Lake City Hall.

“We thought that it was important to show solidarity with the rest of Canada as we mourn the tragic loss of the 63 Canadians that unfortunately perished during the Ukrainian International Airlines tragedy over Iran this past week,” says corporate engagement officer Guillermo Angel.

“We are following suit as I know that the Canadian flag over Parliament Hill was lowered to half-mast as well in respect of the Canadians that lost their lives.”

The flags will remain at half-mast until Friday, Jan. 17.

After Iranian officials repeatedly denied being responsible for this week’s crash there has been an admission that its’ military unintentionally shot down the aircraft. A military statement says the plane was mistaken for a ‘hostile target’ after turning towards a ‘sensitive’ military center of the revolutionary guard.

All 176 people on board were killed, including a now revised total of 57 Canadians.

Prime Minister Justin Trudeau says that Canada’s focus remains on finding closure and justice for families and loved ones of the victims, adding Ottawa expects full cooperation from Iranian authorities.

(With files from VISTA National newsdesk)