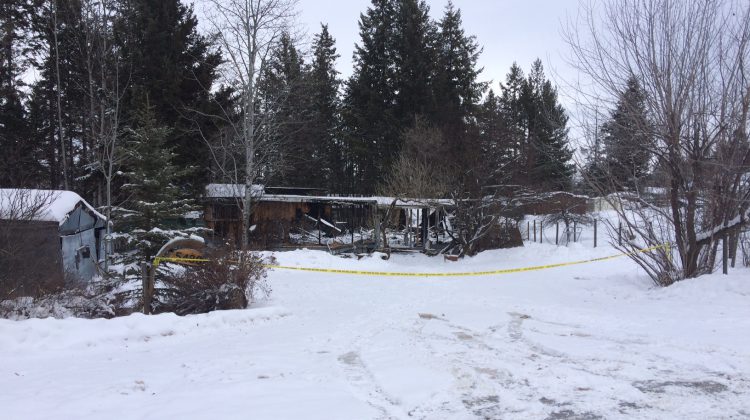 A fire has left a mobile home completely destroyed in the 103 Mile subdivision.

Fire chief of 100 Mile House Fire-Rescue Roger Hollander says they responded to the fire on Saunders Crescent at around 9:30 p.m. Thursday.

“Upon arrival, we observed a mobile home that was fully involved,” Hollander says. “Fortunately everybody was out of the home so there were no injuries, and we were able to protect some of the outbuildings that were on that property as well as the neighboring vehicles. There was an RV that we were able to protect before it had extended to that vehicle.”

Hollander says while the cause of the fire remains under investigation it is believed to have started inside the home and near a wood-burning appliance.

He adds they were scene on for about four hours and were assisted by the 108 Mile Volunteer Fire Department.

“We’re always happy that we have mutual aid departments in the area,” Hollander says. “108 assisted us with water support so that’s always a good thing, and again we were able to contact the owners of the property and fortunately like I say everybody was out so that’s the most important thing.”