Clean up continues from the 2017 wildfires in the North Cariboo 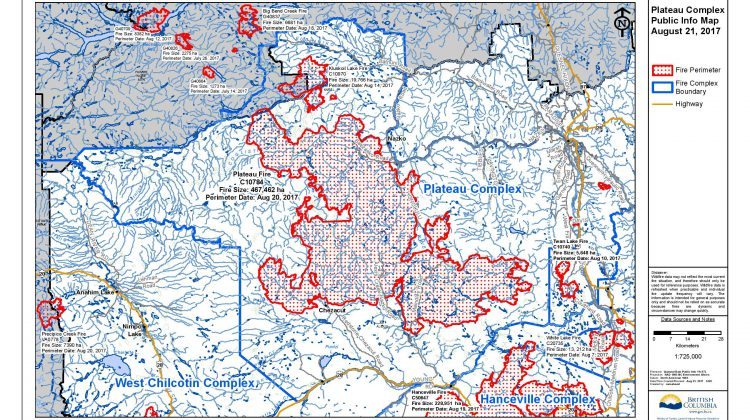 North Cariboo residents may see a lot of smoke in the air over the next couple of months.

The Ministry of Forests, Lands, Natural Resource Operations and Rural Development says pile burning will take place in a few areas beginning in late January and continuing through February.

The ministry says about 20 piles of woody debris will be burned along the perimeter of the 2017 Plateau wildfire that became the largest wildfire in BC’S history at more than 521 thousnd hectares.

The piles were created during the rehabilitation of fireguards that were constructed during that year’s wildfire season.

Smoke will be very visible in the Nazko area.

And smoke may also be visible from Highway 97, south of Quesnel, as between 60 and 80 piles of debris are burned at the site of the 2017 Twan Lake wildfire.

In that case smoke may also be visible in the community of Ezdliagh.

And 20 piles are being burned at the site of the 2017 Narcosli Creek fire as well, and smoke may be visible in the Kersley area and from the Nazko Highway.

All of these controlled burns will be conducted by staff from the ministry.