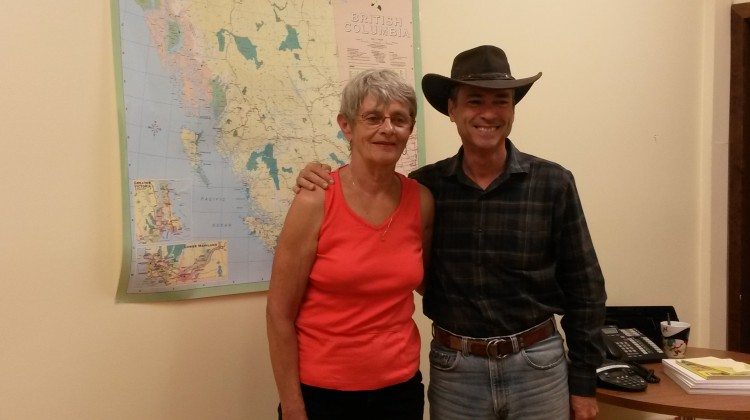 -Photo: MyCaribooNow
Now that the legislature is on a break, The Minister of Agriculture is touring the region and hearing concerns from local ranchers.
Norm Letnick, who was in the South Cariboo Monday and then Alexis Creek on Tuesday with Cariboo Chilcotin MLA Donna Barnett, says the issue of predators affecting livestock was the number one issue that came out of all of the meetings.
“This is something that I committed with everyone that I spoke with, to take up with my colleague Minister Steve Thomson, minister for of forest, lands and natural resources. We have to discuss how to move forward and ensure that we have viable ranchers in the area, and of course at the same time, make sure we respect the ministry of environment’s needs.“
Letnick says others issues had also included drought and grasshoppers, hay, and the process on Treaty negotiations and the agricultural land reserve.

He also met with Prince City Mayor and Councillors last night before heading off to Fort St John and Dawson Creek.