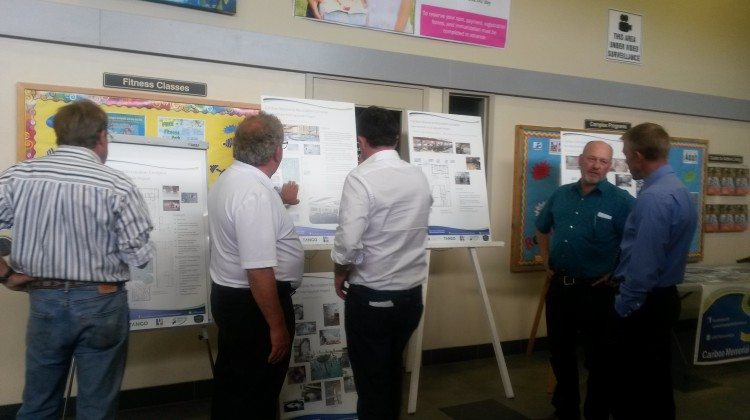 -Photo: MyCaribooNow
The proposed concept drawings for the Sam Ketcham Pool Upgrade Project were on display at an open house yesterday afternoon in Williams Lake.

Kevin Klippenstein, with VDA Architecture, says some of the features of the pool will include waterslide and lazy river.

“We’re replacing the six lane lap pool. So that’s a 25 metre pool. So that facility remains the same in terms of programming. However, we’re putting it into the expanded area so it’ll have a new tank and the issues with the old tank will be gone forever. We’re also putting into the old tank location a 25 metre leisure pool.“
Klippenstein says because the expansion of pool is going into the area of the current fitness, there will be a second floor addition.

Construction on the project, which Klippenstein says will minimal impact on current pool users, is anticipated to begin in March.