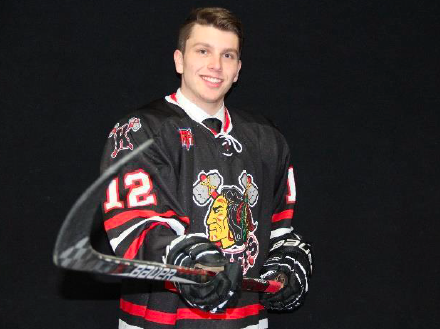 The partnership was announced today (Tuesday).

MindRight Spokesperson and Former Quesnel resident, Myles Mattila believes the collaboration is a good move, especially when it comes to concussions.

“I’m a hockey player and I have played in numerous leagues, have had a good audience when it comes to sharing my message about mental health and mental health awareness. I think with Headcheck and us collaborating together I do find that mental and concussions do correlate with one another.”

He adds a partnership like this has been one of his goals for a long time.

“We did have a similar target audience by working with athletes and wanting to make sure that both their mental and physical well being are well aligned and we wanted to collaborate together to make sure that we’re providing the best resources for athletes.”

HeadCheck Health develops software and services for the advancement of concussion reporting and management.

Mattila developed MindRight after being inspired by the story of former Vancouver Canucks player Rick Rypien.

In May of 2018, Mattila was invited to Ottawa to speak on the topic with Prime Minister Justin Trudeau.

The 20-year-old also went to Dublin, Ireland in the fall of 2017 where he attended a Youth Mental Health conference.