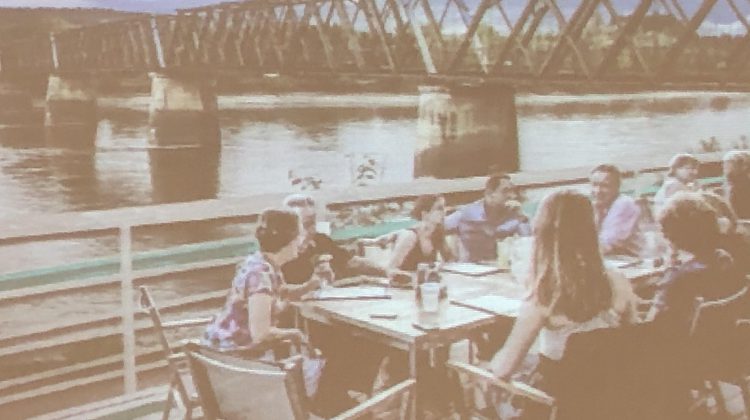 A friendship pier, waterfront dining opportunities, river recreation, and a new RV Park are just some of the ideas outlined in a Quesnel Waterfront Development Plan.

It has now been approved in principle by Quesnel City Council.

It is an ambitious plan, 24 and a half million dollars worth, and it did raise some concerns among the politicians.

“Having said that, it’s worth of note that this project is stretched out over more than a decade and it enjoys a 40 percent contingency, which I’ve never heard of a 40 percent contingency before, so realistically the price is hopefully somewhat lower. And I’m sure that we all understand and appreciate that this project, if it is to move ahead, it must be supported with grants rather than through general taxation.”

Mayor Bob Simpson noted that it was important to find strategic alignments on a number of fronts for the projects that do go ahead.

The plan was outlined at Tuesday night’s Council meeting by Shasta McCoy, a Landscape Architect with Urban Systems.

The plan was developed with input from the community that included a series of walk-shops, an open house and an on-line survey.

Council’s Executive Committee will now review the proposed implementation plan to identify projects to be included in the City’s current strategic plan.